Gone are the days when... 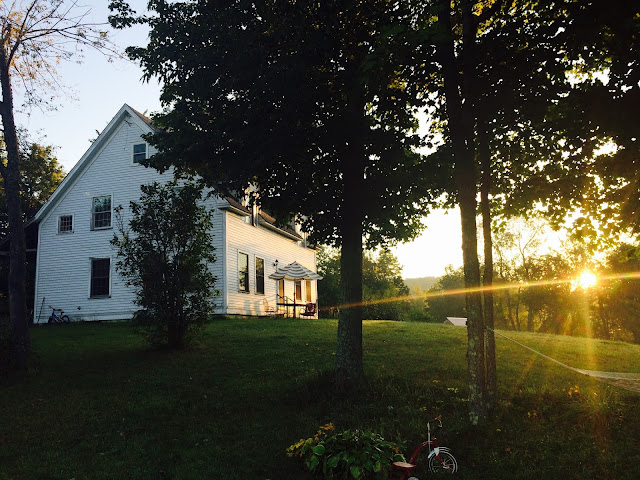 It’s our 19th anniversary. I’m sitting at the dinner table with my husband and two daughters. I’m on my second glass of Prosecco, a dainty, champagne flute if you have to know, but that doesn’t mean I don’t have a pleasant, giggly buzz thing happening.

We are listening to Pandora. Isla is trying to do her homework. Esther is sitting at the table being irreverent and teenagerish, but in a pleasant way that makes me laugh. At least when I’m drinking champagne laced with creme de cassis. Pretty much everything is pleasant, unexpectedly so, about this scene.

Isla’s homework involves looking up the definition of her spelling words in the dictionary and writing them down.

I get her our giant Oxford dictionary and thesaurus, a book that Ian determined with his handy dandy kitchen weight-- yes, my Brit husband uses a kitchen weight because he only cooks with British cookbooks, finding ours inferior, apparently-- weighs 4 pounds minimum and is bigger than Isla’s head by far.

Since we had just finished a candlelight supper and I really do like the way I look in candlelight, as well as the sparkly ambience candlelight creates, I didn’t want to spoil things by turning on the light.

No one could read the dictionary in that light, so I told her I would look up the words for her on my laptop as I sit here fiddling with Pandora.

Kick: To extend your leg away from the body.

Take: To get into one’s hands.

“What was that one,” Ian asked, in that way that said, 'I am the expert in the English language around here, what is that rubbish.'

So, I repeated myself. “Take: 'To get into one’s hands,'” I said, as I simultaneously took another sip of my Kir Royale and, catching Ian catching me enjoying my anniversary champagne he had bought without my even asking, raised an eyebrow up and down at him.

“What?” I said. Thinking she was going to call me out on enjoying my champagne a bit too much, which is exactly what I was doing.

“You have no idea how wrong that just looked.”

“What?” I said, feigning innocence in the most inept way.

“I saw that,” she said. “Did you hear what you just said?

You said, “'To get into one’s hands', then you made that weird face at Daddy. That’s just creepy and wrong.”

Man. Gone are the days of surreptitious flirting right under your oblivious and naive children’s nose.

Gone are the days. 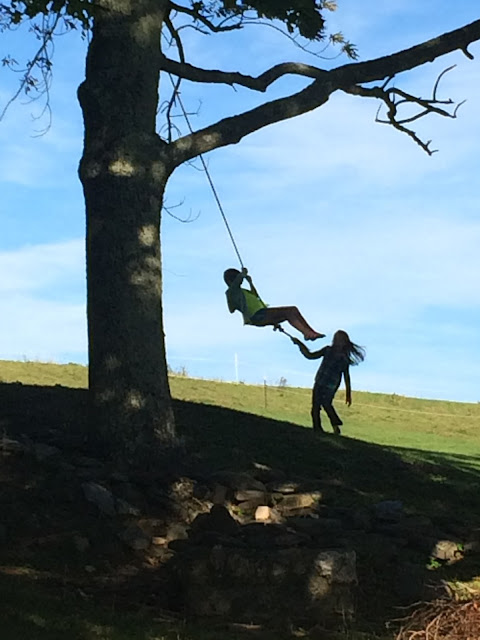 Esther is taking selfies. and sending them via Snapchat. Her iPod died so she has snatched my iPhone. Ian is acting disapproving at the way Essie is acting, and using my phone, and giggling wildly at some video her friend just sent her. He doesn’t have a clue what she is doing.

Disapproving is kind of his job around here. I think he's jealous of her youth. I know I am.

He's now helping, teaching, Isla how to use the dictionary. And I am here typing, and Esther is raucously "communicating" with her childhood friend, the girl who lives just two minutes away as a crow flies.

And I'm sitting here recording it all, and not feeling remotely put out by the minor detail that Ian and I are not on a romantic adult date. Because what better way to celebrate 19 years together than to be sitting right here in the middle of this imperfect, unfinished kitchen, giggling with my entire family and making fun of Ian in his reading glasses, which look always askew since one of his ears is lower than the other.


How is it I've never noticed that before?

Splendid piece of writing, dear Betsy.
I'm right there with you, and loving it.
Can I be your French exchange student? For 10 years?
I promise not to notice anything "that's just creepy and wrong".... :)