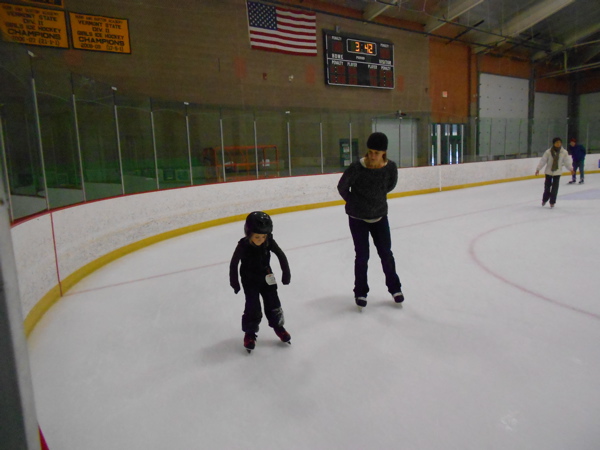 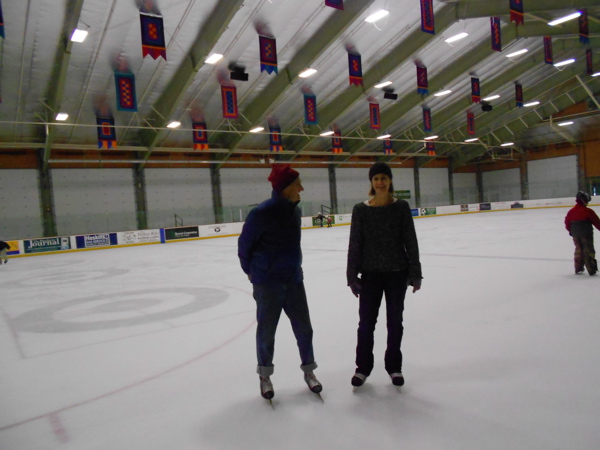 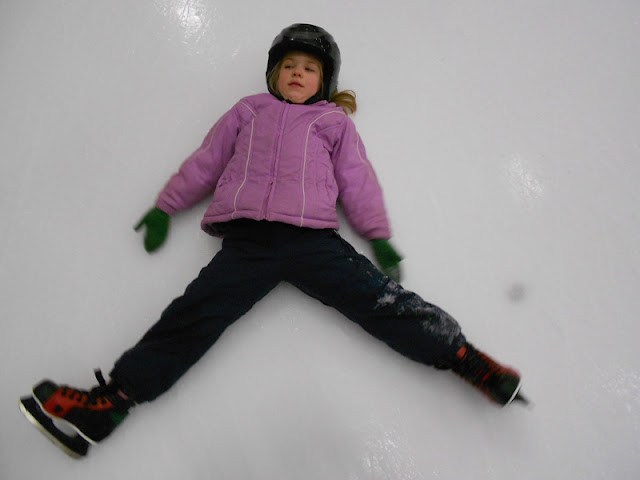 My dad taught me how to love playing on snow and ice.

No. He showed me how to love it.

He didn't have to say much. He only had to supply the gear, get me into my snowsuit, bring me outside, and put up with an untold amount of whining and snot.  But he did it. He just kept showing up and putting up with us. Now that I have kids, I appreciate what he did all the more. That's a lot of snot and whining.

My dad never stopped "showing up" and modeling how to have a good time in this regard.

Once when I was home from college and he was still working, he came home on his lunch break to find me digging my ice skates out of the attic. I was headed over to the pond on the golf course, alone, for a skate. He was envious. He went back to work.

Half an hour later he showed up at the pond, still dressed in his suit and tie, with a hat and scarf and gloves for warmth, skates in hand. I will never forget that skate together. And oh how I wish I had carried a camera with me everywhere I went back then like I seem to do now. I only have the memory, but it's a vivid one.

And he showed up yesterday at the skating rink where I was teaching/showing Isla how to love skating. (It's been too warm, again, for pond skating.) He showed up with his old school racing skates. He bought them 20 or more years ago in Ottawa so he could skate through the city on the Rideau Canal.

He got to the rink with just 35 minutes of public skating time left. It took him 20 minutes to put on his skates. Isla helped him. She patiently knelt at his feet and helped him tighten and tie his skates, painstakingly trying to get her fingers to form the perfect bow that still eludes her. She treated Papa like a king.

While this was going on, my sister, who brought my dad to the rink, and I engaged in some irreverent, nervous-daughter banter regarding whether or not she should write DNR (Do not resucitate) somewhere on my dad's person with a Sharpie pen. I suggested his forehead.

When he finally got situated, there was just 15 minutes left to skate. I offered my hand to him as he stepped out onto the ice but he wouldn't take it. "Funny, I don't see any of my friends out here," he said, knowing damn well he was the only octogenarian on the ice. 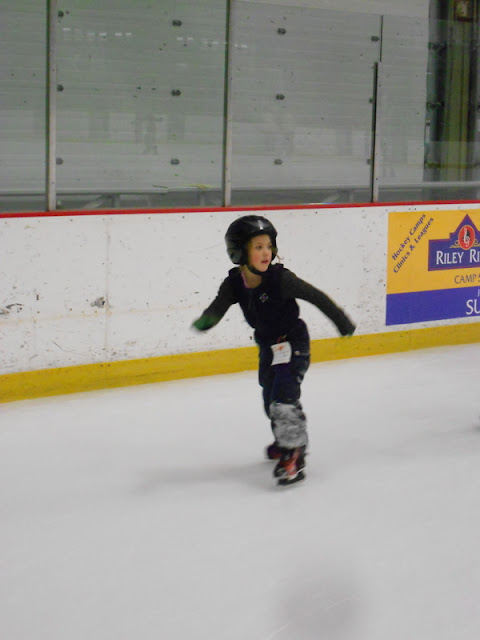 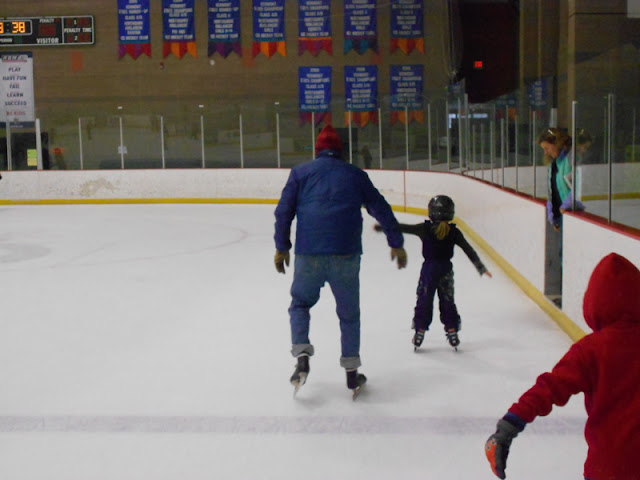 The first few stilted strides he took made me wonder if this was such a good idea after all.

He caught up to Isla, she looked back over her shoulder and saw him coming and promptely skated right into the path of a man who was trying to pass her and fell down. Dad offered to help her up, but she declined. He found his stride and made it around twice before sitting down on the bench to tighten his skates, then took two or three more laps before the Zamboni started up and the door lifted.

He tried to go around one more time but I reminded him the Zamboni was coming. In hindsight, I should have let the Zamboni driver wait. 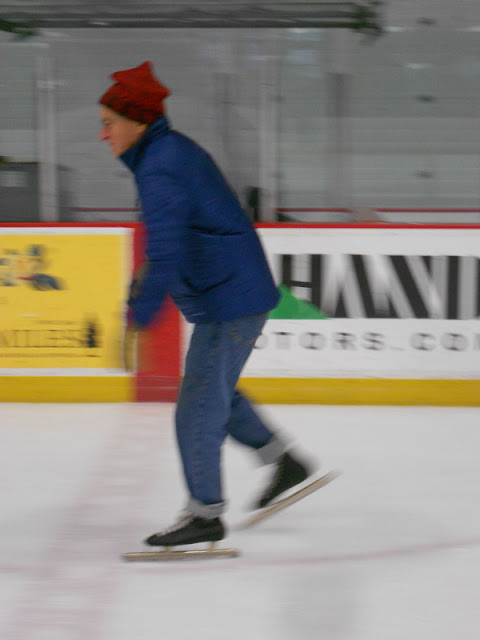 Most recent airing of dirty laundry can be found over here at BabyCenter.

This is a wonderful post. Brought tears to my eyes. He must have been so happy even if only for a few times around. Will you all go back again soon?

LOVE it! I teared up as well. Such wonderful memories...bet your dad was all smiles!

That was beautiful. It made me cry. :)

BTW...I love being able to see you in these photos. Most times you're the one with the camera!!

Brilliant. Do it again next week for as long as you can.

I have those moments too, where I say something only to regret it - a moment more of fun ruined by my big mouth. Go again next week. :)

I am blessed. Thanks for reminding me.

That last photo of your dad brought tears to my eyes. What a wonderful family memory for you and your girls!

Your dad would be very disappointed with the Canal this year. With all the mild and freakish weather we've been having, they have only just barely been able to open 5.2 km instead of the usual 7.6. But it's great to see him still able to enjoy some skating with his family.

There are tears in my eyes. (My dad passed away 4 years ago) I agree with down under- do it again.....

What a lovely way to spend some time together, and in the photos at least, your dad looks pretty in control. Maybe it was a bit of a blessing that he got there kind of late. You all got to enjoy some ice time together without him trying to do too much.

This is wonderful, Betsy.

Go back and do it again soon!

I love it. You have a wonderful Papa.

This was truly wonderful, Betsy. Thanks so much for sharing. And I realize I need to drag my kids outdoors more (myself included), armed with tissue and warm layers. I will try and embrace the winter and its magic...as I wait for summer with its sand and surf. ;)

Oh how wonderful! I lost my dad nine years ago and would have loved to have had the chance to see him with my girls. Go again soon and go again often. Enjoy ever moment!

Cool! And I live near Ottawa so even cooler! My most recent column deals with skating - or lack thereof. Keep up the good work!