Still learning how to say goodbye 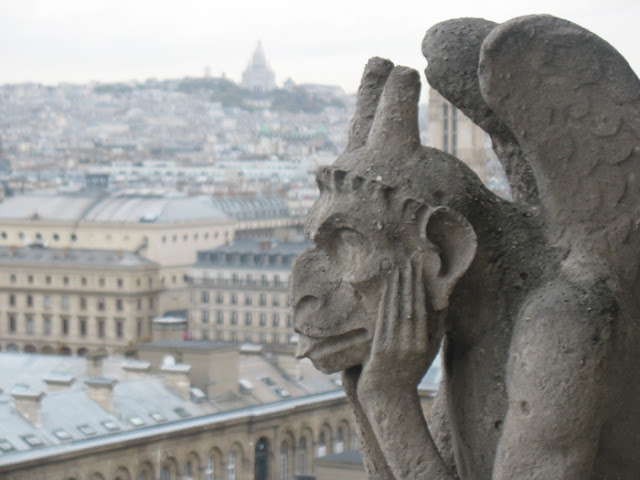 "Oh revwah!" I say after collecting my receipt from the nice lady at the gas station where I stop to fill up the tank with $100 worth of gas almost every week. Where does it go?

"Ah revwahrr," she calls back to me in that sing-songy French that is reserved for the very beginning-- bon jour-- and the very end-- au revoir-- of a conversation. The tone in the middle does not always sound so friendly.

If anybody ever told me I would still be doubting the authenticity, the correctness, the effectiveness of my hellos and my goodbyes after close to two years of living in France I would have told them they were high.

Yet here I am, three months shy of two years in France, and I find myself muttering "au revoir" over and over and over to myself, like a lunatic, trying to perfect my delivery, and trying to figure out if I'm saying it wrong.

It just doesn't sound the same coming out of my mouth as it does coming into my ears from someone else's mouth.

Esther thinks I'm crazy. Crazy people do talk to themselves. She says I'm imagining it sounds different. She could be right.

Considering all the different ways people can say "goodbye" in English-- with the emphasis on the good, the bye, or both, or none--does it really matter?

Yet, I remain obsessed. Does my "au revoir" still sound foreign and strange? Off somehow?

And how about my "bon jour? "  What of those women who say, "bon jouuurrraahh!?"  Should I be saying it like that?  (The more I think about this, the more I realize this may not be a language problem at all. All my life I've been accused of having just woken up when answering the phone. Apparently my English "hello" could use a makeover as well.)

I'm also learning that it helps to be, or at least pretend to be, angry to speak proper French. When I say a sentence nicely, and sheepishly, it just doesn't get understood. So I tried pretending to be angry, while driving the other day, and practicing a few sentences, sentences like, "the place was not very high"
("CE  ENDROIT N'ETAIS PAS TRES HAUT" ) and the difference was remarkable.

I'm getting the hang of this.

I have always known you need to tap into your inner actor when you speak another language. With German, I channeled my inner Schultz (Hogans Heroes), for French, it might have to be every rude waitress or saleslady I've ever come across.

I suppose I could try a romantic angle, and pretend to be Pepe le Pew, but.... that might get me in trouble.

I do know,  if you are at all self conscious, and not committed to your role, you are not going to be convincing. In short, you will suck.

My kids are excellent, natural actors. Their French is angry, school-kid French. I think they enjoy the verbal catharsis involved. Attitude is everything:

Inunciation, and lip curling, and the sounds and body language of constant, exasperated, why-are-you-such-an-idiot irritation seem to be crucial elements to success.

Sometimes it worries me. Are my kids learning French, or are they learning how to hone their inner bitches?

The other night Essie and Isla were engaging in an angry school-girl French conversation at the dinner table, and instead of feeling proud and being in awe of their ease with this new second language of theirs, I felt like shouting,

"Stop it! Stop it right now! Speak English! You are American, not French!"

I don't think I'm imagining that their personality changes depending on which language they speak. They lose some kindness when the French moves into their mouths. I suppose it is important for any girl or woman to learn how not to be nice. Niceness can be overrated. And false. And dangerous.

So we'll just be actors, for now. Playing not nice. Formidable.
Posted by Betsy at 5:25 AM 12 comments:

Things that get us through

Winter without snow is stupid.

Never did I realize before just how much easier it is to parent when there is snow on the ground.

Every snowflake is like another free toy fallen from the sky.

Snow fills up the landscape, like drawing a bath. You dress, or undress, your kids accordingly, plop them into it, and they are happy, self entertained, for hours.

They dig holes in it, they build houses out of it, they slide across it, they throw it, they eat it, they make angels in it, they simply lie down and loll in it. And, most importantly, they don't need mom or dad for anything other than the occasional snow down the neck removal. (Though they often find me digging, or sliding, right along side of them. )

So here we are, our second winter in France, with no snow. NO SNOW. Do you hear me?

How have we survived? Here are a few of the things that get us through:

One of the things I like so much about our little foray into French living, is how easy it is to pretend we're home schoolers. (I'm a long time homeschooling wannabe.)

Despite the longer hours in French schools-- school here is only four times a week--  they have three recesses, and lunch is 90 minutes long. Those that stay and eat at the cantine get treated to a four- course meal made from mostly fresh ingredients. Others go home for lunch.

Esther and Isla stay at the cantine two days per week, and come home two days. Did I mention there is a four day school week in France?

As much as I enjoy the two full days without them, and knowing their palates are being stimulated like only the French can stimulate a palate-- I'm not talking about French kissing, here--I like that they come home for lunch.

The walk to and from school is pleasant, and sociable. There are often swans to watch. We get to reconnect and they get to decompress. They both often do artwork and Essie even did some knitting Friday after lunch. I love that she has the chance, and the desire, to do that. She needs the alone time. The quiet time.

Wednesday, the day off, is activity day. Isla has ballet and Esther has riding in the morning and a two-hour art class in the afternoon. But even without these scheduled activities, the mind-expanding opportunities are all around us.

Life in Europe is a history, geography, geology, anthropology and sociology text book all in one. It is impossible to go anywhere in France, or Europe for that matter, and not bang head first into something educational, enlightening and historically significant.

Even it it's just the men we see, without fail, peeing in public each and every time we leave the house. That and the people driving with a dash board filled with baguettes, or riding their bikes with the baguette under their arm. Either way, the baguette is present. As present as the copious dog poop.

Just being here, breathing the air, drinking-- or not daring to drink-- the water, riding up, and skiing down the formidable alps, looking into, or licking, Patisserie windows, Boulangerie windows,butcher windows, boutique windows, watching Luthiers (violin makers) at work, driving down mountain passes, through deep tunnels, over borders and through passport checkpoints.  Or driving past clifftop castles. And visiting lakeside castles.

Like the Chateau de Chillon, on the edge of the Lake of Geneva, where we lurked about in the dungeon, listening to the waves lap against the sides of the castle and watching the sunlight, reflected off the water, dance on the stone pillars. Pillars to which prisoners were once shackled.

Oh to have unlimited funds and a heart even wilder, and more daring than my own.

I'm tempted, sometimes, to just throw caution to the wind, start a new blog, called "Debt be damned" or something like that, grab my Visa card, the girls,  and a few changes of clothing, buy a Eurail ticket, and pass Go on a European art, history and culture tour.

First stop would be Florence to see Esther's favorite all time painting, The Birth of Venus, by Boticelli. 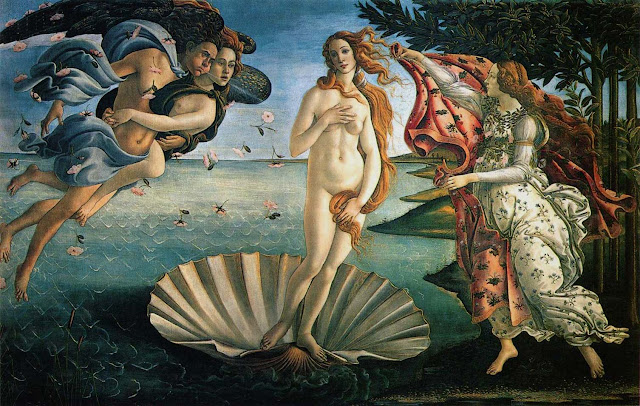 Then, perhaps, we could go up to Amsterdam to the Rembrandt and Van Gogh museums. Then to Berlin to the Holocaust museum, then to Monet's Gardens in Giverny--we've done the Louvre-- and Zentrum Paul Klee in Bern. 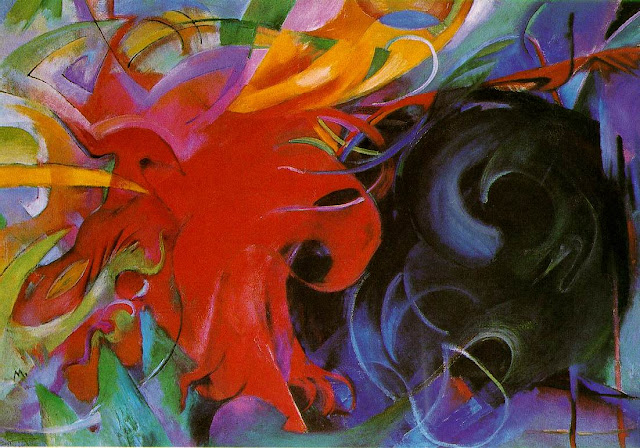 The Lindt chocolate factory outside Zurich.... Yum, then over to Kitzbuhel to schuss down the Hahnenkamm...

The options are dizzying. It's good to dream. 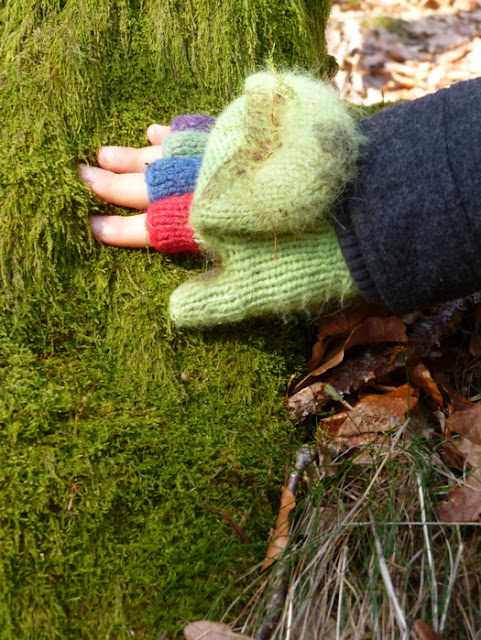 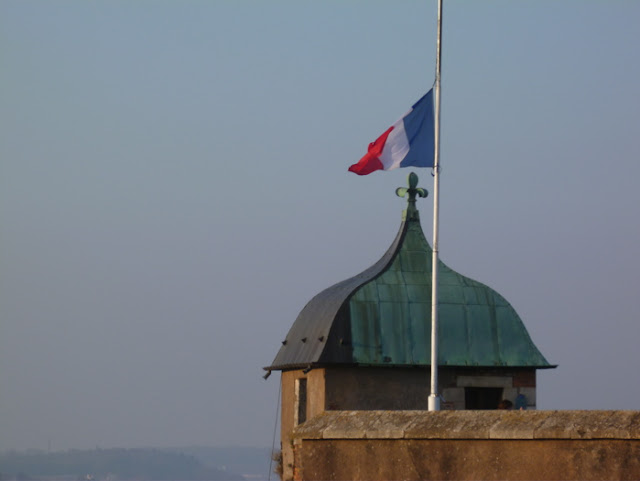 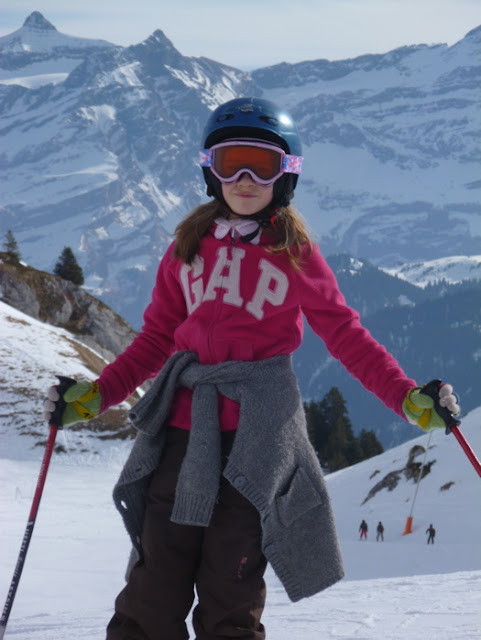 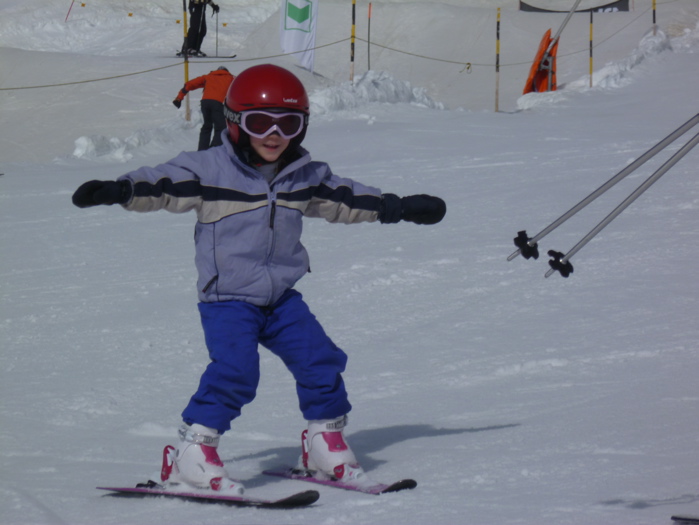 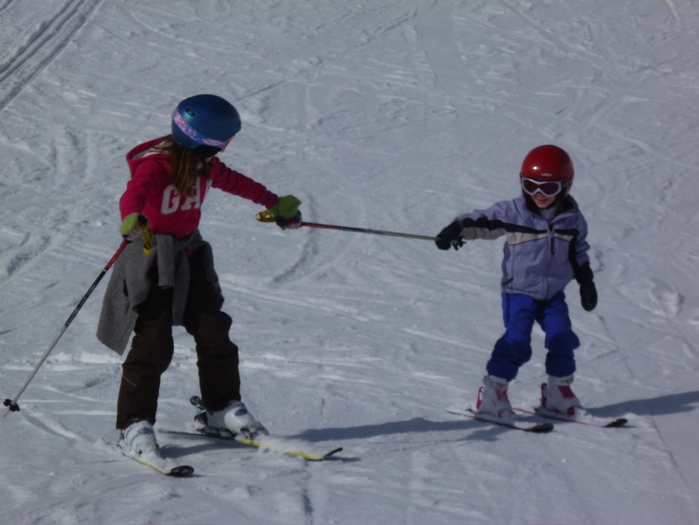 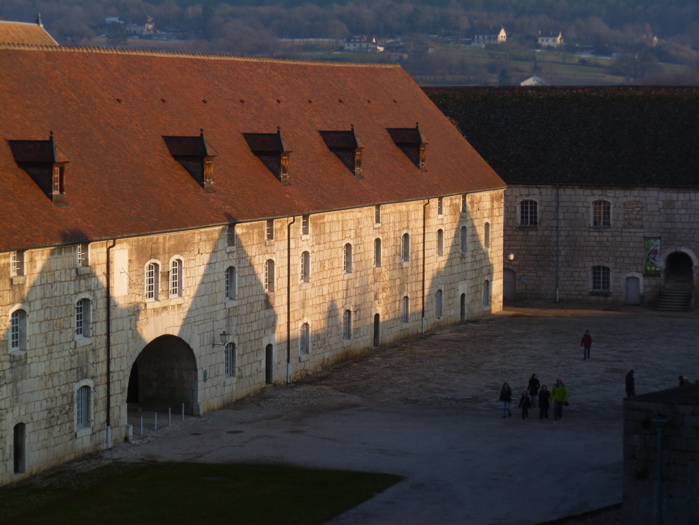 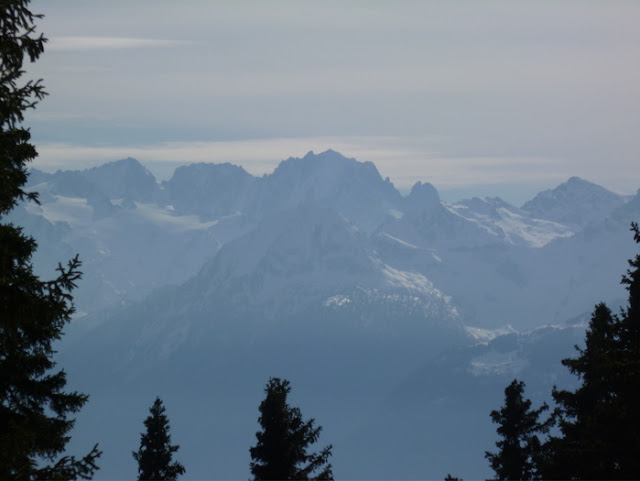 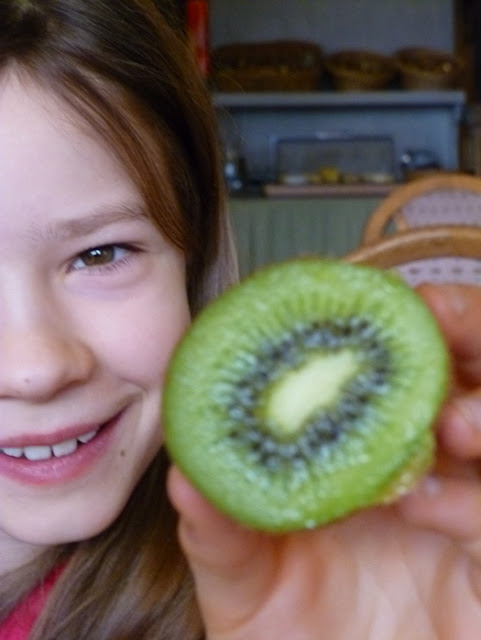 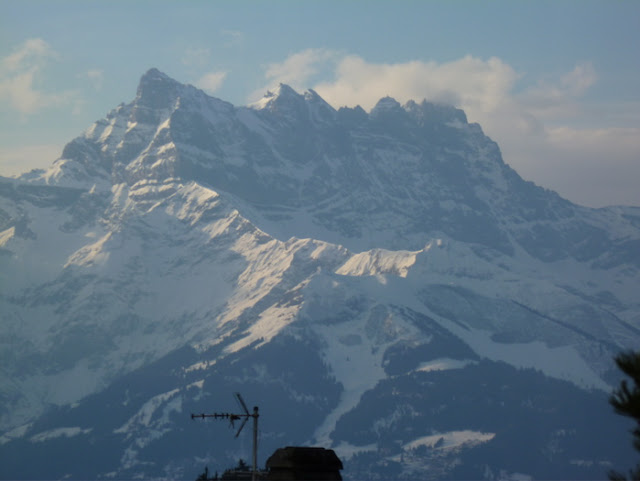 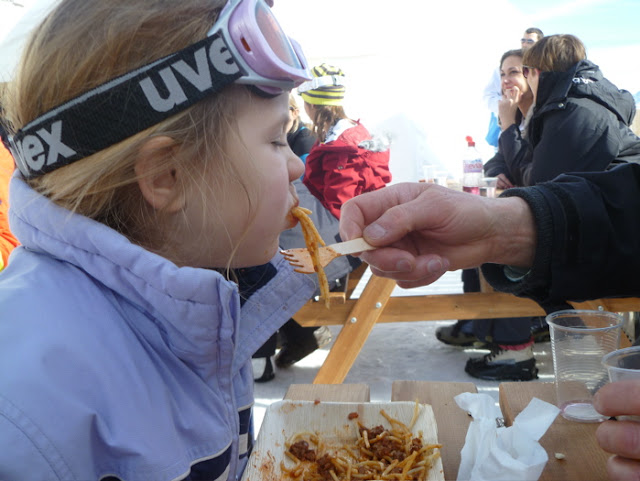 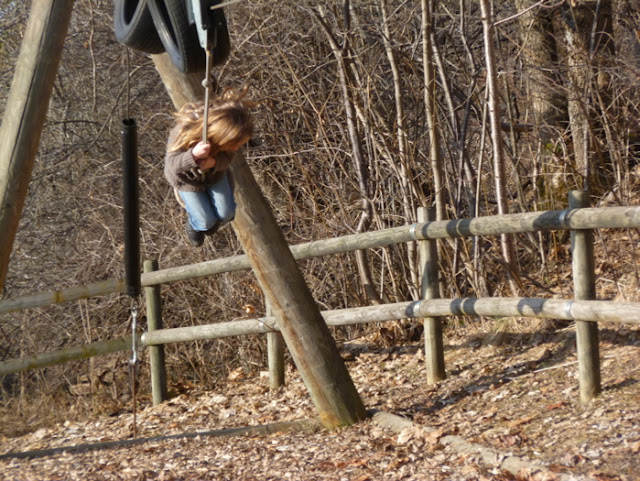 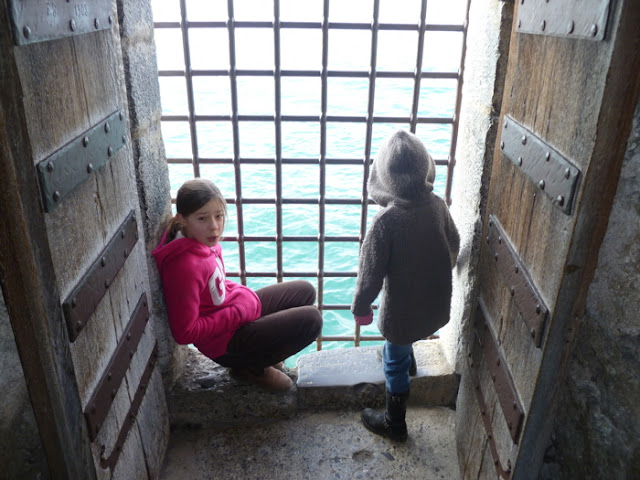 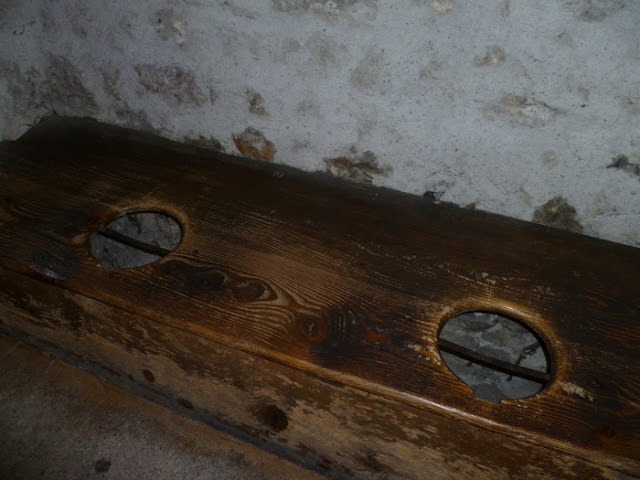 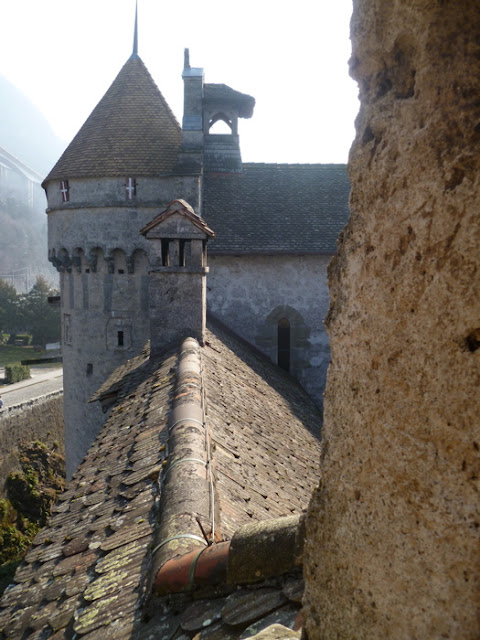 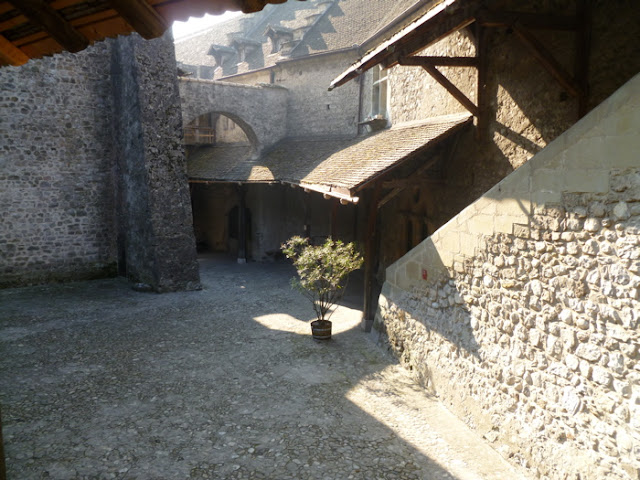 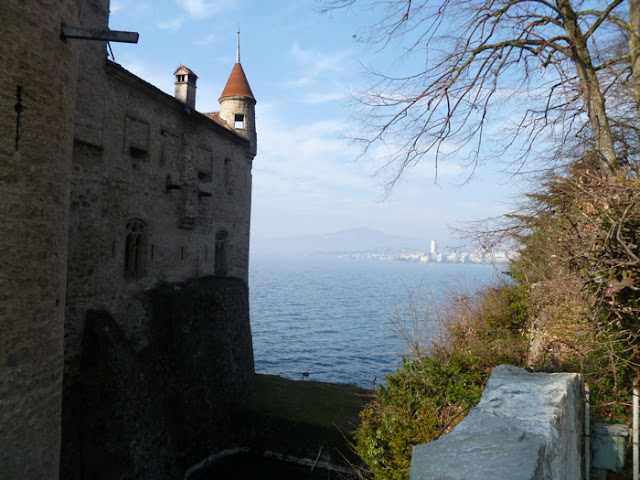 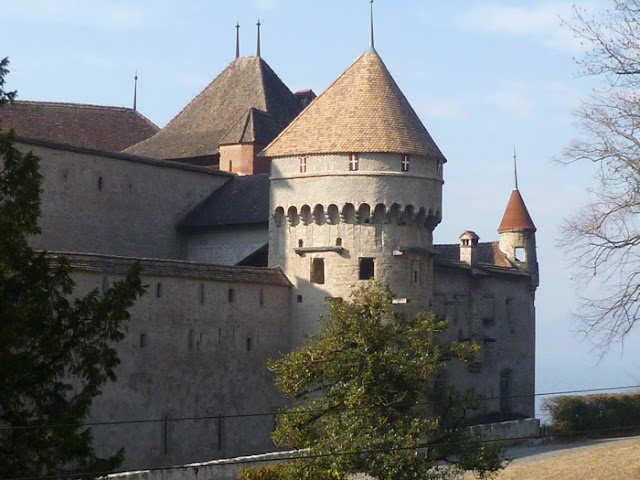 It's good to dream. 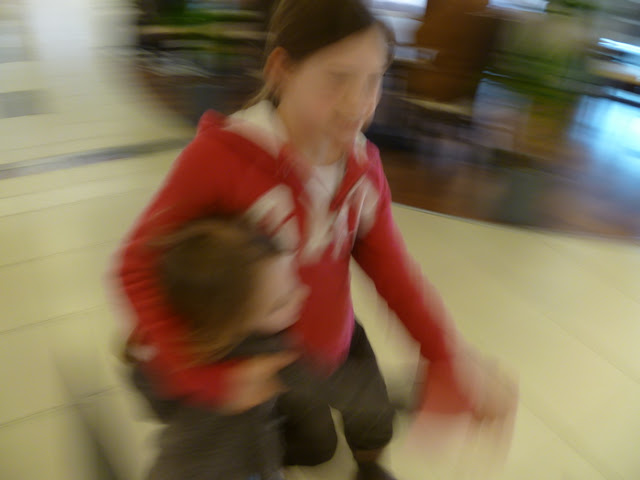 Don't it always seem to go 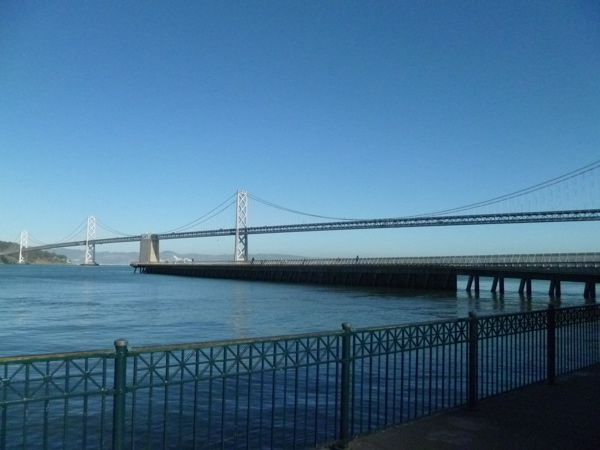 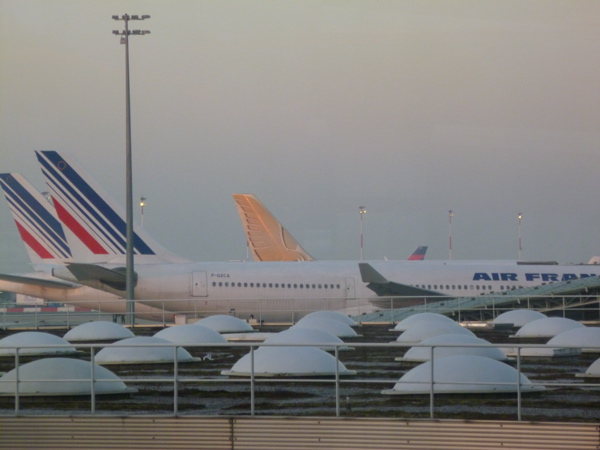 I am in California, finally meeting with the BabyCenter editorial staff and fellow bloggers.  What a ridiculously long way to go:To the other side of the world, for a meeting.

But I am happy to have been invited. I feel validated after all these years of dutifully sharing every last painful detail of my experience as a mom. It's nice to finally know who I'm working for. They have faces and names and personalities.

It's been so long since I've been away from my kids, I'm rusty. I don't know how to be so free. It feels awkward. It feels wonderful.  It feels wrong. It feels deliciously right.

A funny thing happened the morning I left. I went from my usual distracted scatterbrain, to being so tuned in to each moment with my kids, time slowed down.

I was mindful. No longer was I saying ”I don’t have time for this.” (If ever this was true, it actually was that morning because I was still packing.)

Yet I knew on this morning, felt it in my veins, that I had time for nothing else. Life was now. Isla asked me to read to her from our Beatrix Potter collection book. She rarely asks me to read to her. She sat, warm in my lap, her head against my shoulder as I read about Peter and Benjamin Bunny. Esther drew nearer and nearer before finally installing herself on the arm of the chair, leaning hard into my side. Normally she was "too old" for Peter Rabbit.

Being with my children like that, felt like the only thing truly important right then and there. I was being the mom I so often chide myself for not being. At that moment. It was clear to me. It reminded me of a scene from The Little Prince when the pilot puts down his tools to console the boy.

"The night had fallen. I had let my tools drop from my hands. Of what importance now was my hammer, my bolt, or thirst, or death? On one star, one planet, my planet, the Earth, there was a little prince to be comforted. "

Grownups are so dumb. (With the exception of Antoine St. ExupĂ©ry.)
Posted by Betsy at 7:09 PM 5 comments: