Waking up at home 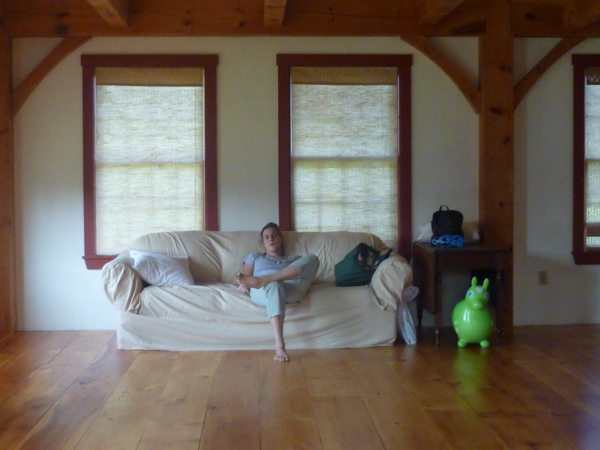 All our fans seem to be either missing or broken, sigh, all except the one tiny one I plugged in and pointed directly at Esther's bed.

We stayed all in the same room, on mattresses on the floor, Isla and I in my double mattress and Essie in a single at the end of our bed.

We had been at the lake. We only just made it to the lake at five after spending the whole, cloudless, day vacuuming and scrubbing the walls and floors clean of beer and boogers. I think I vacuumed more over the weekend than I did the entire time we were in France.

If I didn't know better I would believe this house has been inhabited by unsupervised toddlers for the past two years. Every light switch is black with dirty finger prints. Is that peanut butter I smell? The dust is as deep as snow behind what little furniture there is. Every wall has something, I don't want to know, splattered on it. And I could have done without finding the three random pairs of girls panties I found scattered in the darker regions of the house. Yuck.

In between the scrubbing and my dizzying, ADD wanderings from room to room, task to task, I fixed a snack for the girls. Our first snack. 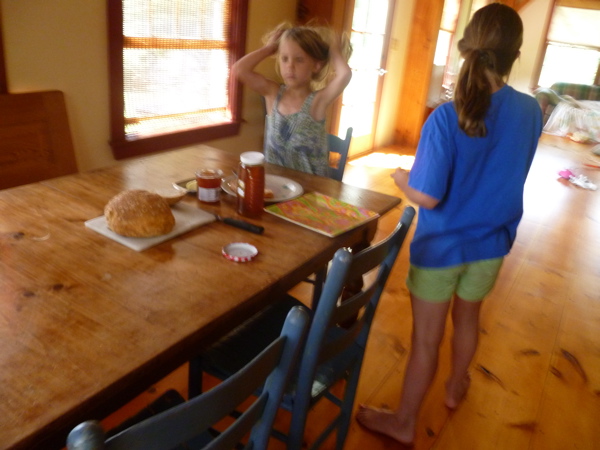 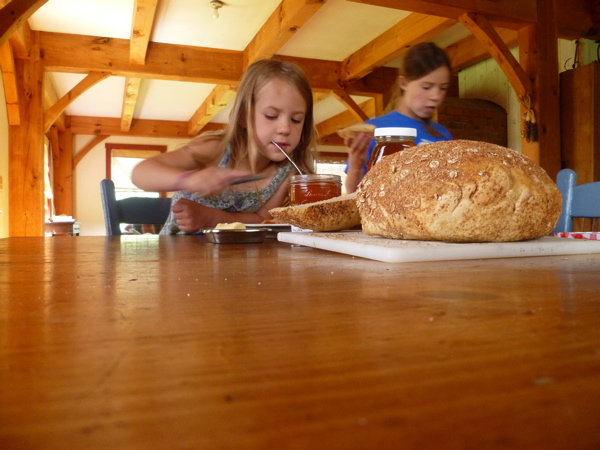 Then I had to keep going back and forth between my parents' cabin and our house finding paper and paints, then back again for the forgotten paintbrushes, to keep the girls occupied with. I made a half-hearted attempt to dig out the television and play a movie but I couldn't find the DVD player or the DVDs. I did happen to find one of the several old couch covers, and used it to create our first usable piece of living room furniture.

It was so relaxing at the lake, I didn't have the strength to order the kids out of the dark, glassy water and into the car until almost 9 p.m.

On our way home, Esther said,

"Can we sleep at our house tonight?"

"I want to go back to Papa and Zsa Zsa's cabin," Isla said.

"Why," I said. I thought you wanted to move back into our house," I said.

How had this never occurred to me.  She was only three when we left. Aside from recognizing some of her old toys, the red Radio Flyer tricycle, Rodie the horse, she has never said she remembered living here. Why would she?

She whined all the way home and all the way up the stairs, but once I got the mattresses all made up on the floor, with pillows and sheets, all cozy, a cozy bed,  she came around. Then she saw the promise of a slumber party. A slumber party with Mommy.

We settled in, too hot for blankets, or even a sheet, and too late for a book, and turned off the light. The air was completely still. Stifling, accept for the flea-fart breeze coming out of the pathetic fan. The only noise was Ruby's hot, panting breath. I had to keep reminding Isla that it was too hot for snuggling.

Finally, finally, we all fell asleep. When we woke up, we were all pleasantly, sleepily surprised to be home. And I was surprised at the number of cobwebs I missed while vacuuming the day before. 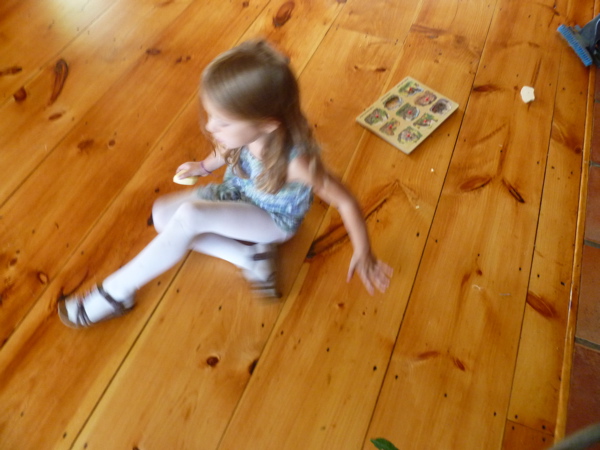 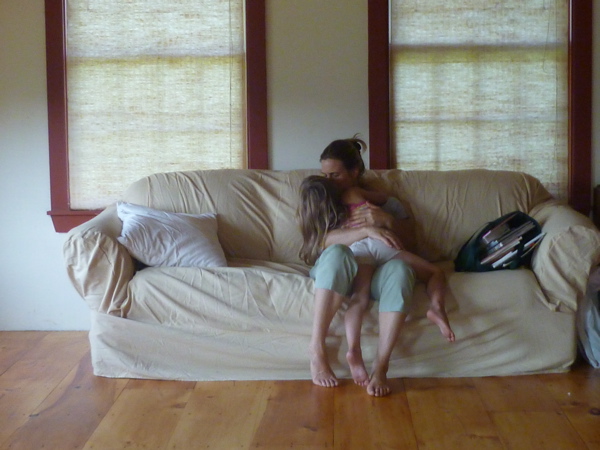 ahh, i'm sensing the start of something wonderful!!

i promise you, your girls will remember that night. When i was little, my parents bought an airconditioner, the kind that sits inside a window. I think my sister was a tiny baby and it was a very hot summer, so they wanted one room that was cool, so the airconditioner went into their bedroom window. On stinking hot summer nights we would all camp out in their room. Whenever I hear the hum of an old airconditioner now i am taken back to that time- it was so safe and comforting. Isla will feel that way too soon, I'm sure.

Hooray for some great progress on your house! Soon it will feel like home for all of you!

I love all the pics. The wood makes it look so warm. And there's Bode ... I mean Rodie! ... And hot, hot, hot the other night. Like the ions were too heavy to move.

Love the pics--you always capture your girls so lovely and in motion. And the random girls' panties made me both cringe and laugh.

I am so glad that you are slowly getting your home back. The past few years for you guys reminds me of a fairy tale. A stay and a wonderful place and coming home to find it the same, but not quite.

Isn't it odd what age we start to remember things in a more long term way. My daughter is 3 now. What will she remember? I can't imagine being Isla and being in this whole new life/world that everyone else already seems to know. Good thing kids are so adaptable.