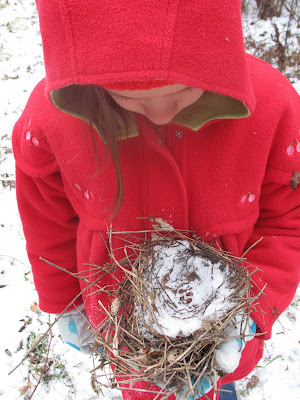 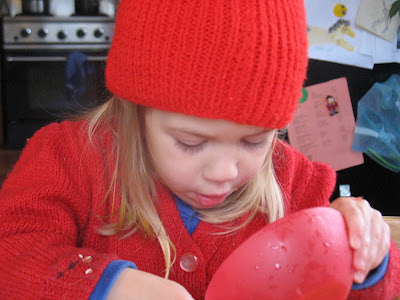 Even when we're safely ensconced inside our warm house, eating yogurt. 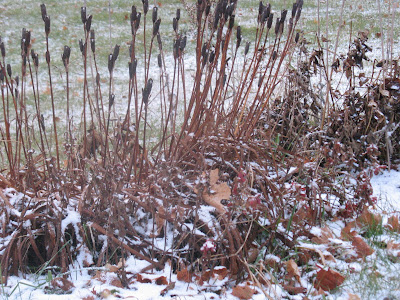 There's nothing like the starkness of November to bring out the beauty of dead Iris pods. 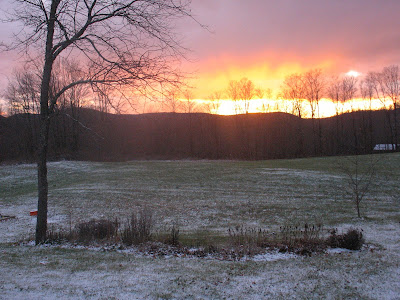 The brilliant orange light that preceded this scene by 10 minutes is what drove me outside. It wasn't the promise of a beautiful sunrise that made me run, but the way that light exposes the grungy fingerprints all over my windows, the dog hair on the floor and the embarrassingly thick layer of dust on just about every surface. In the end, I'm glad I went outside.

I don't know what it is, but I've been acutely aware of the beauty of my surroundings lately. It's almost as if I've unwittingly taken some sort of narcotic that heightens the senses.
It's particularly strange since I'm normally prone to sadness this time of year.

I've been taking fish oil supplements as well as Spirulina. My midwife told me that "super food" has been known to stave off depression. I'll try anything. So far it's working.

I've also been managing to find the almost constant humor in being the mother of an incredibly stubborn and frustrating three year old (that's a major redundancy, I know). Isla's way of thinking, the way she says "What's that is?", the way she is soooooo incredibly meticulous with her buttons and will spend 20-long-minutes trying to button her sweater just so, is entertaining me more than it makes me insane. Don't get me wrong, it does make me insane, but I always laugh when I relay stories to Ian. (There's most definitely a connection between this paragraph and the one that precedes it.)

And sitting at the dinner table, watching her dip Tings into her soup, one after the other, then put them down on the table, one next to the other, with no intention of eating them, just makes me chuckle. When it doesn't make me scream.

Okay so I'm kind of schizophrenic in my reaction to motherhood today. But isn't that the nature of being a mom?
More on that note, here and here.
Posted by Betsy at 12:44 PM 14 comments: 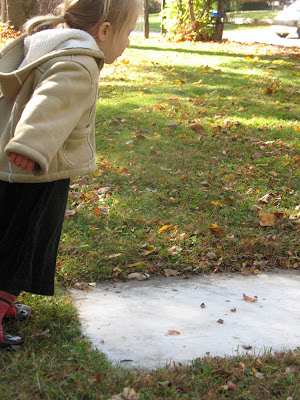 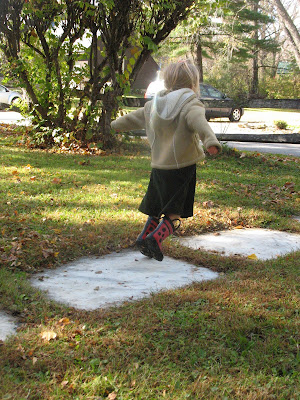 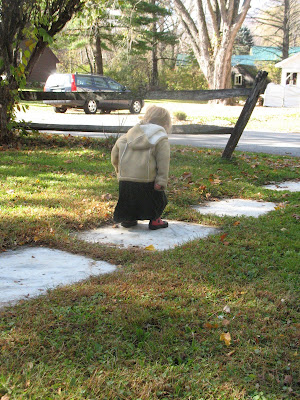 go!
We discovered an exciting new game today: Oak leaf catching. It's kind of the autumn version of catching snowflakes on your tongue.

While walking home through the meadow from my mom and dad's, the air was filled with dancing leaves. Some were floaty. Some were like projectiles. All swirled, twirled, dived, ducked and eventually came to rest on the ground.

We chased the leaves until we were out of breath and giddy.

You had to have good instincts and even better luck to actually catch them. Esther was really good at it. Me, not so much. Isla just ran in circles shouting, "I got one, I got one." The power of positive thinking.

It was hard to tell if the leaves just couldn't hang on anymore, or if they chose to simply let go, take that leap of faith, and fly.

Most recent Babes' blog feature here.
Posted by Betsy at 11:27 AM 11 comments:

The scent of hope 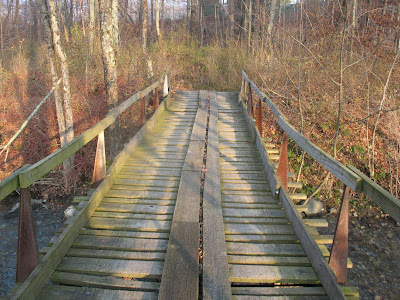 I swear I could smell hope, mixed with wood smoke, in the air as I walked Esther to school this morning. It hung low, just below the hill tops, mingling with the early morning mist-- in no hurry to rise up and disperse. 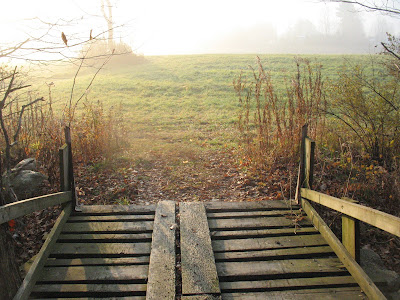 I felt as if I was walking through a painting. Something from VanGogh maybe. Something colorful, yet stark and muted. Something incredibly romantic and provoking.

The trees are so dark without their leaves. The red of the barberry bush, no longer in competition with the bright foliage, stands out like a bold,opinionated statement. My eyes are thankful to rest upon these vibrant flashes of color in an otherwise brown, gray landscape.

And that hope smells good enough to eat.

Newish Momformation posts up here and here.
Posted by Betsy at 6:33 AM 8 comments: