The last time I wrote about my father, alive 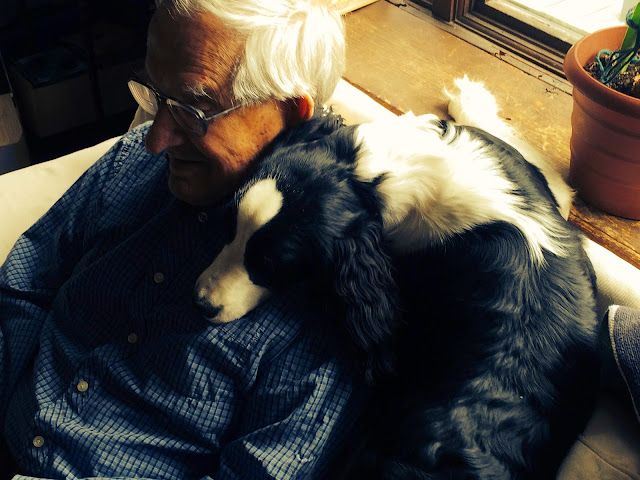 It’s Wednesday night and I'm on "nightwatch" at Mom and Dad's.

My dog Birdie is snoozing, stretched across the living room rug, an Oriental to match all the other rugs in this house. The rugs are a fitting accent to the shelves filled with old books, and all those things that remind me of my childhood surrounded by pretty, pre-Ikea, inherited things.

I took him into the bathroom and helped him brush his teeth, put his dentures into their overnight Efferdent "bath." He brushes what's left of his teeth for minute after minute, taking solace in one of the few things he remembers well how to do. How many times has he brushed those teeth? He brushes and brushes and brushes, each time remembering and forgetting how long he has been doing it. Was it just a few strokes ago, or 100 strokes?

He sits on the edge of his bed and  I take off his slippers and his glasses. He smooths his hand over and over the sheets, approving of how warm it feels where the electric blanket has done its work. I have to cajole him into lying down.

He finally does lay down, curling his knees into his torso,  rolling away from me and onto his right side. I lift the blanket to ease his feet under.

He looks so much like a child, his head on the pillow, the covers pulled up to his chin. I can’t help but pet him. I put my hand on his forehead like I do with my children. I stroke his hair a bit. All the while, I'm fearing he might call me out for treating him like a baby. But he doesn't.

“Nighty night,” I say; the exact words my mother used with me the countless times she put me to bed.

“Have a nice sleep,” I say, turning off the light then leaning over to stroke and kiss his forehead one last time. I’ve never had the urge to touch my father so much as I do now.

The arrangement works. But that doesn’t mean it isn’t hard to see my father this way. 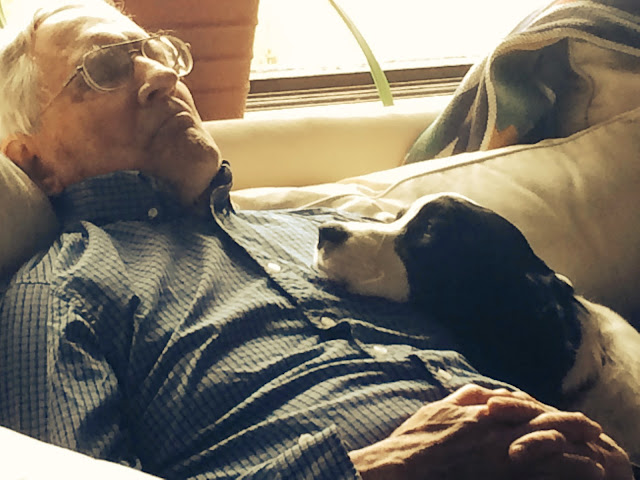 In the Bromley bar a while back, after Esther’s final ski race of the year, he went mute as he so often does in noisy places. He just sat there, back erect and awkward, smiling and staring. Not following the conversation, not leading it either. Just being.

And when he's like this, I wonder if he's uncomfortable. Is he confused to the point of feeling anxiety that he can't remember how to express? I imagine he’s experiencing that feeling of being close to succumbing to sleep, when your mind starts to scatter and split into shards, too many thought snippets headed in too many different directions to keep track of. When you find yourself thinking and sometimes saying words aloud you don’t even know the meaning of, and you cannot keep hold of one simple, unshiftable thought for long enough to feel it in your hand, or on your tongue, or nestled safely between your temporal lobes.

Just the other night, while I was trying to fall asleep again in the middle of the night --an angst- ridden time when my mind is unguarded and the demons tend to prowl -- I thought of the divine poetry that is my father having Alzheimer's and my mother remaining lucid.

My mother can handle old age. She's self forgiving. Grace is within her grasp at all times, so hammered into her as the only way to be-- graceful, gracious, pleasant, patient-- and can therefore experience the losses, the failures and flaws of old age without raging against them.

My father, on the other hand, has never relented in his expectations of human perfection. If he were fully present, able to experience what's happening to his mind and his body-- the loss of memory, muscle tone, balance, coordination, continence-- in a lucid state, he would be in a constant state of self-directed rage and inner tantrum. 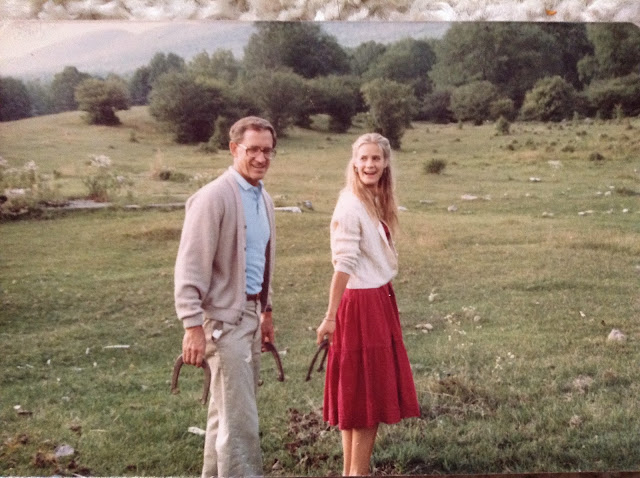 Back at my father's bedside once again, after hearing him muttering, "sonofabitch!" and shifting restlessly in his bed, I began the game of coaxing him into the bathroom. After getting him to swing his legs over and sit upright, I took his still-strong hands and pulled him to standing.

"Where did you come from," he said.
"You," I answered. "I'm Doug Shaw's daughter."
"You are?" he said, surprise in his voice and wonder in his eyes.
"But you're so big and strong." 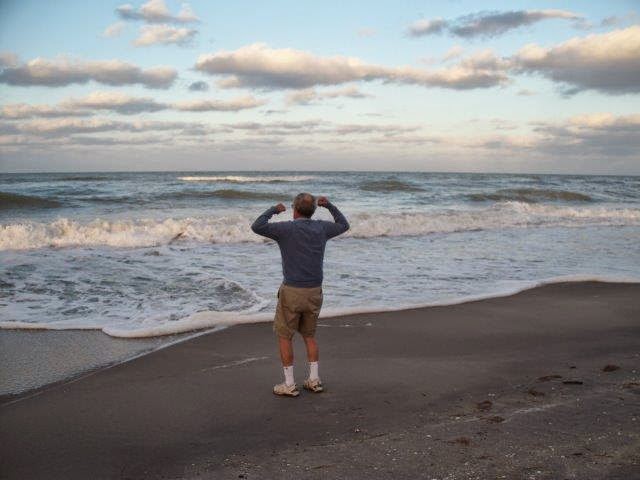