Isla's trip to England: A poem 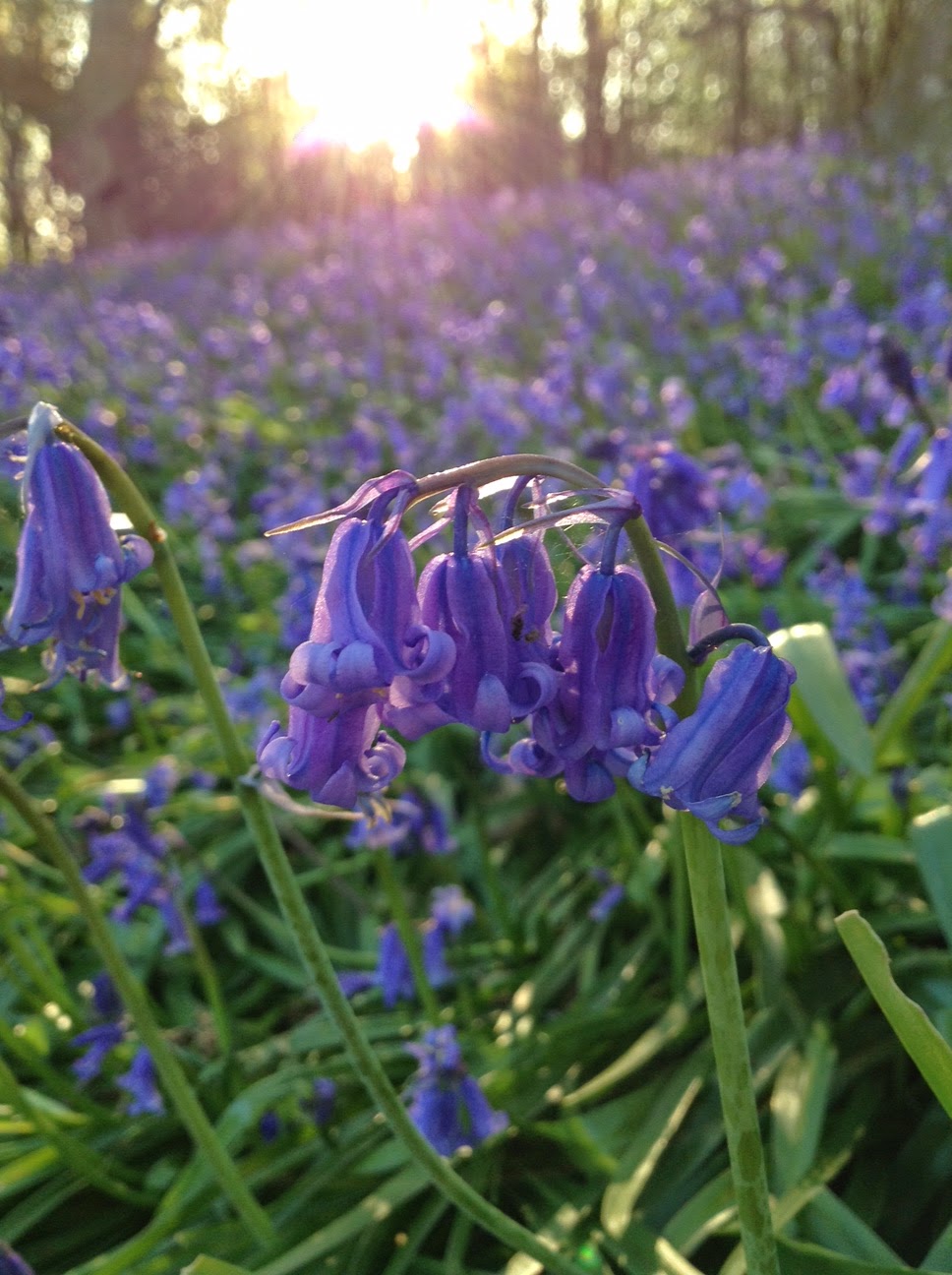 Ian took the girls to England during spring break to see his mother, who is sick in the hospital. Isla wrote this on her way home from the airport.

While their reasons for making the trip were more desperate than happy, they had a good visit with Granny that could very possibly be their last.  Isla stroked Granny's head and helped a nurse feed her. She and Esther both held her hand. Though it was hard to understand her because she is too weak to speak, Esther heard Granny say "I love you" when they left the hospital for the last time.

I'm so pleased they got to see her, their Granny who lives so far away. And I'm even more pleased she got to see them, her curious American grandchildren.

We went to Iagland
I had so much fun
The grass was green and the flowers wear bloming
And the sun was shing like an angul
I walked throw a feald of flowrs.
We went to Wales to see horeses jump like the wind
And their hovs thumping on the growd
Then the nest day we go swimming.
It is Ester sunday
I fill myself up with choclit
It is time to go home
I am sad to leave


Most recent stream of consciousness, which reads more like puddle jumping, can be found here on the BabyCenter Blog.
Posted by Betsy at 10:20 AM 5 comments: 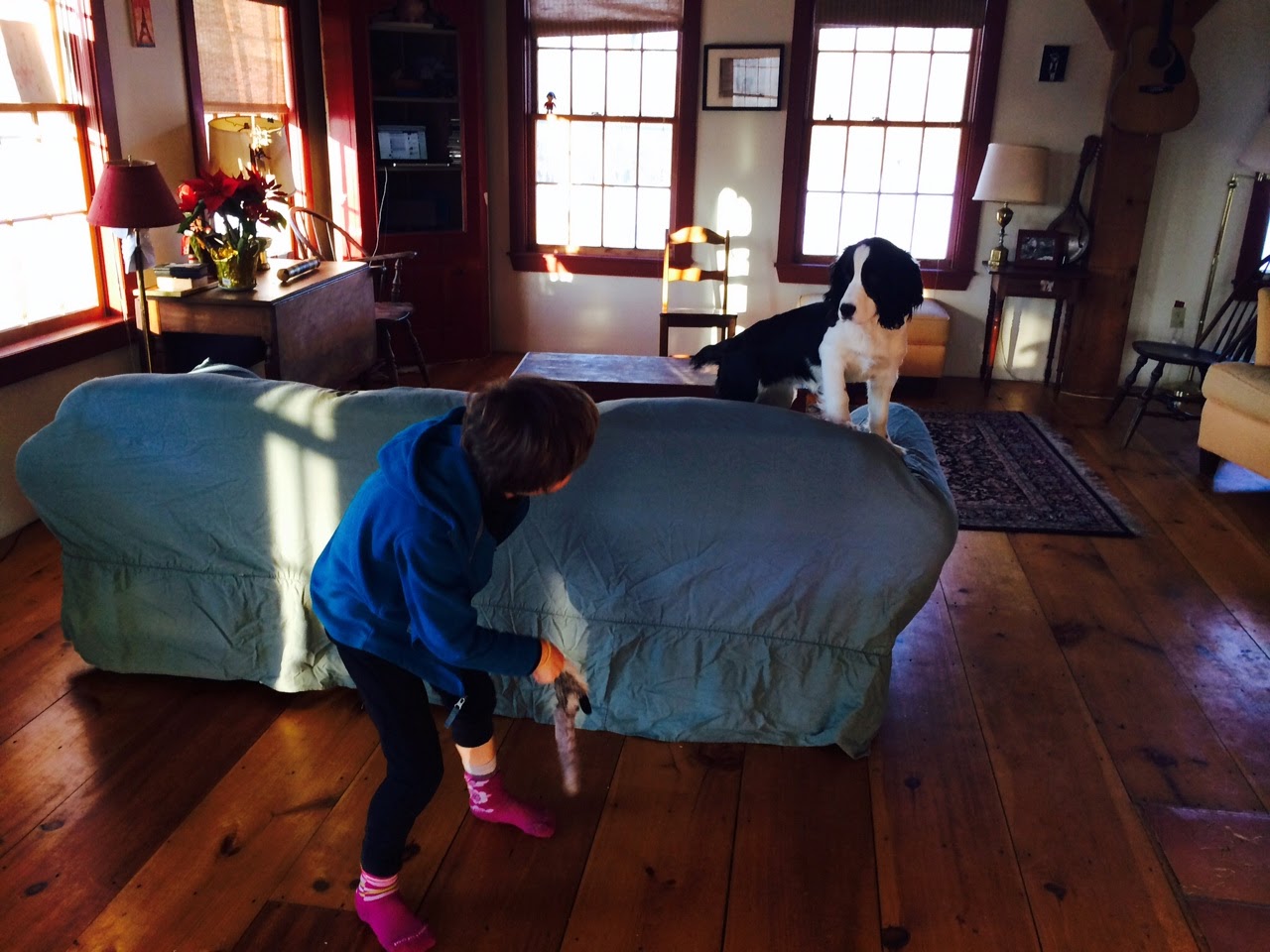 We had a birthday party for Ian a few weeks back and I was forced to clean the house, well, at least the first floor of the house. This was one day later when it was still clean. Alas, it doesn't look like this right now. If only they could make some sort of preservative that makes your cleaning jobs last longer.

Since that bold night, when I invited half the town over and never considered where they would park, we've been riding out the rest of a particularly grueling winter. I knew we had turned a bend when we got invited to a sugar house to watch some farmer friends do their first boil of the season. I think I heard the world sigh when that sweet steam hit the sky. 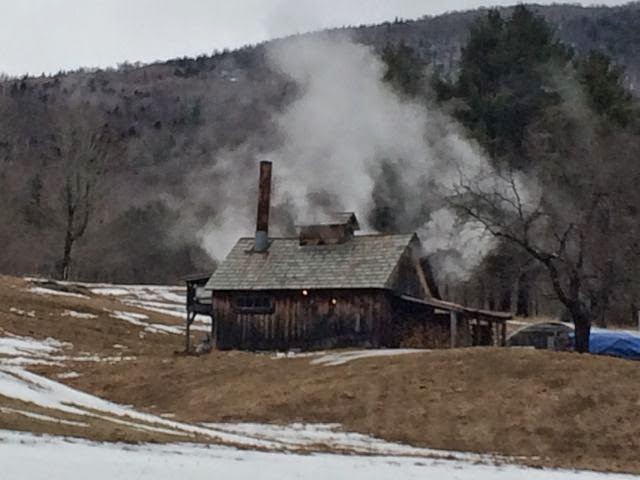 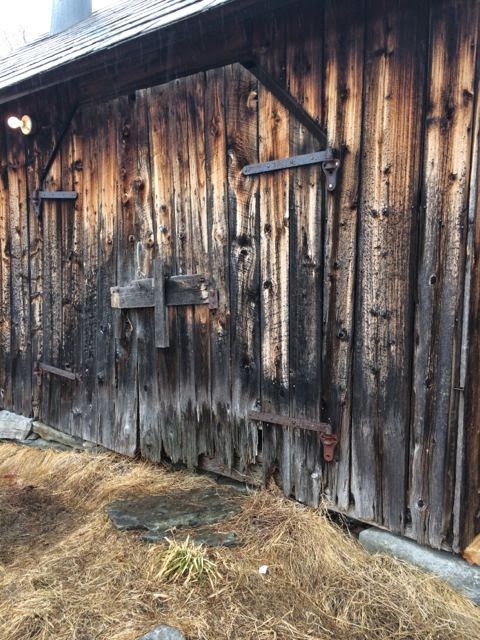 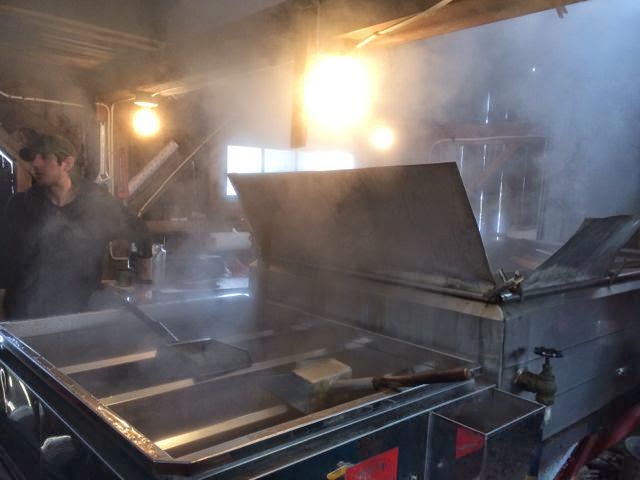 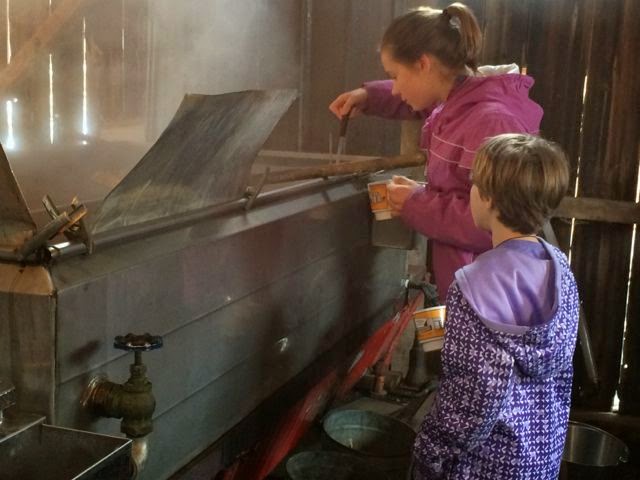 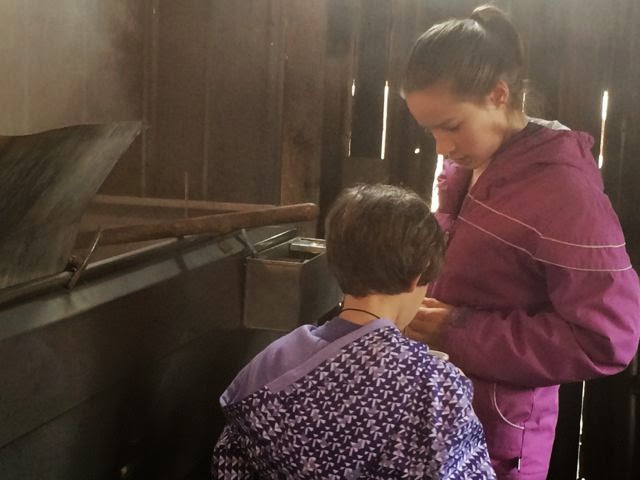 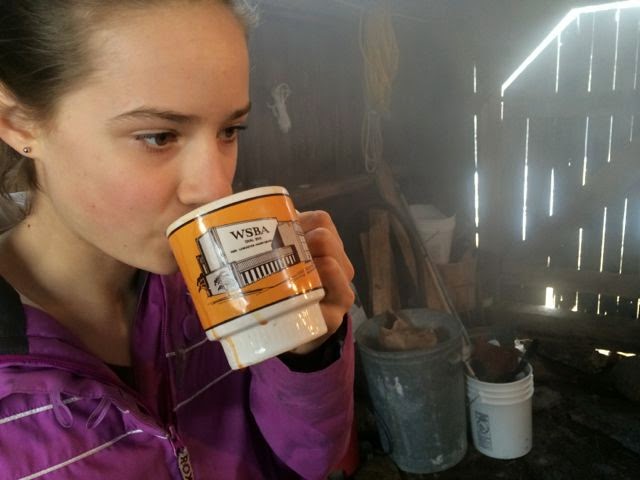 Then I know I heard the girls sigh when they took their first sip of sap tea, tea made with boiling hot, sweet maple tree sap, instead of hot water. I've been telling them about it for years and they finally, at age 12 and 8, got to try it.

Other signs of spring are the sound and sight of the farmer whizzing by on his tractor pulling huge vats filled with sap to the sugar house. There was a panic there for a moment, when the sap wasn't running and it was already April.

And I heard the distant sound of honking Canada geese on a walk the other morning. I looked up and there, way high in the steel grey sky was a large formation of migratory birds headed north. North. Of all places.

Maybe my father can finally take his long johns off.

Speaking of my dad, I wrote about him and posted it to the BabyCenter Blog this morning. Read it if you feel so inclined. It's a lot more illuminating into my reality than this post has been.
Posted by Betsy at 6:00 PM 7 comments: