Into the middle of things

My oldest daughter might be having the summer of her life. I’m insanely jealous.

Earning money babysitting.  Immersion soccer camp. A week at the lake, inviting friends one at a time. Learning to water ski. Several weeks at home doing nothing, calling no one, redecorating her room, and reading books, sketching, climbing trees, hiking with me, taking pictures, playing with her little sister. Plenty of family gatherings with cousins, and a two-day stint working as a 'stable girl' for one of my older sisters at a horse festival in town. 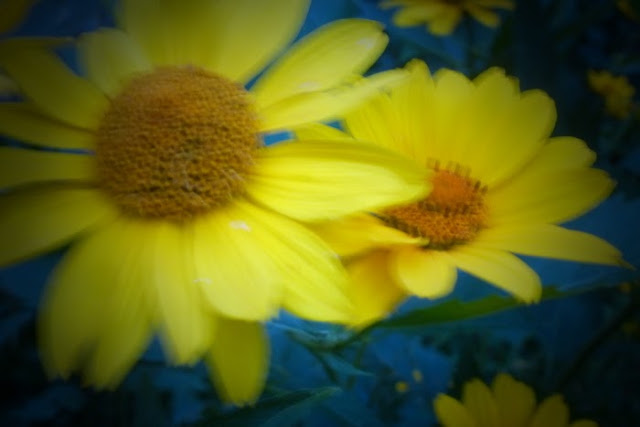 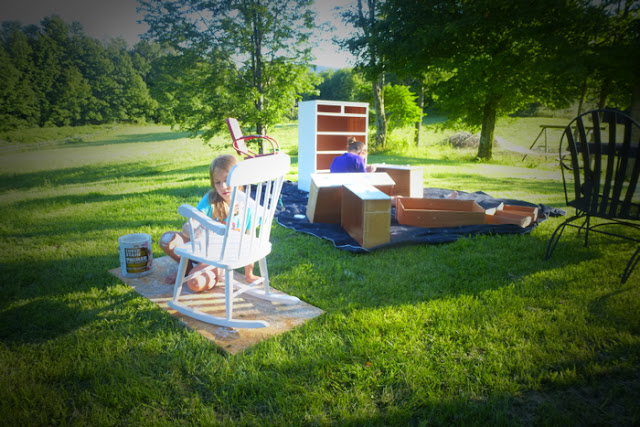 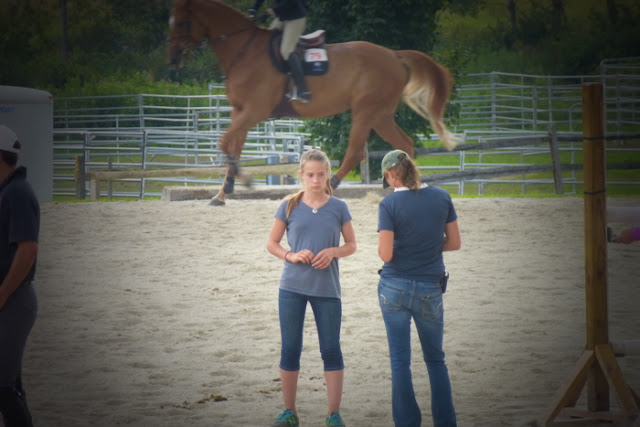 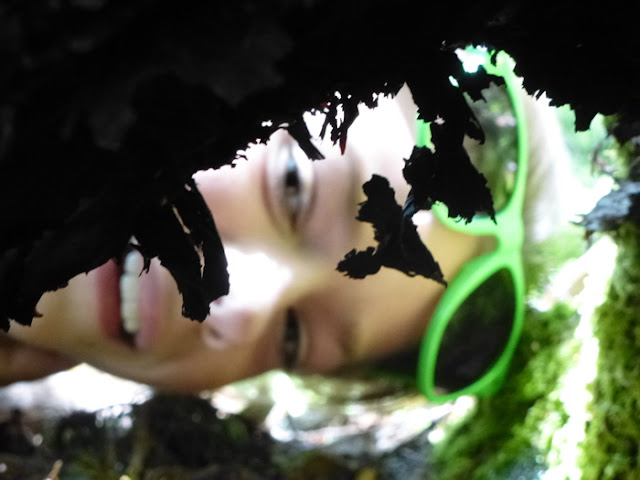 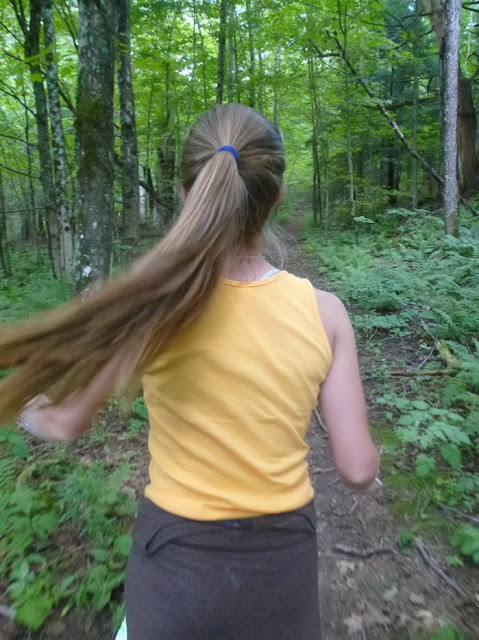 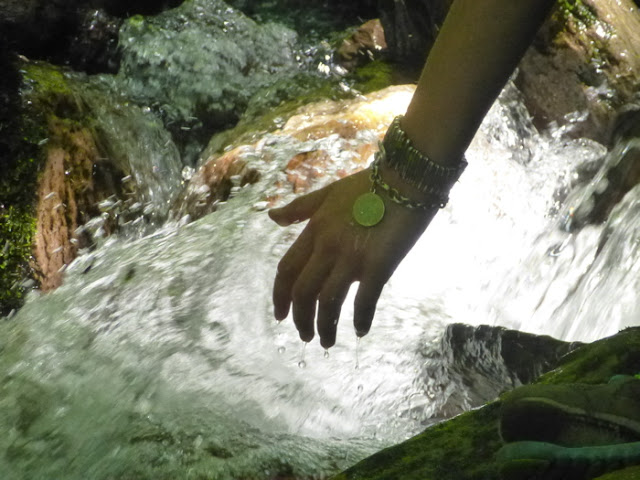 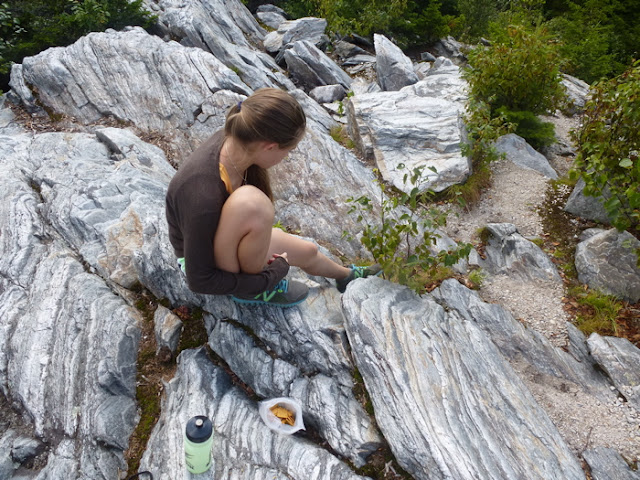 As I write this, she's on a beach, or swimming in the Atlantic, or scaling a bluff, or flinging across the marina in a child-manned dingy boat, or fishing in the deep sea, or checking out the seals, on an island off Massachusetts with her friend who happens to be the daughter of my friend.

She's been waiting  all summer for this particular trip.

Watching her lately, I’m convinced that eleven just might be the best age there is. She's teetering ecstatically on the precipice of young womanhood with no reason to fear the fall.

She's all confidence, hope, ideas, curiosity, positive optimism. None of that pure zest is getting bogged down by a fear of being disliked, of being fat, of being ugly, of being stupid, of being unlovable, of being inferior, of being anything less or more than she is.

She is content, a human being, being and feeling fabulous about what life has to offer and how comfortably she seems to fit into it.

Being out of school is a bonus. Being away from the confines of schedule, forced learning, and forced social interaction, being able to pick and choose who she spends her time with, aside from me, is liberating for her.

When I saw her working at the horse show, she was running to fetch a girth back at the barns. She was so assured. So pleased with herself. I chased her playfully to where she had left her bike, as she rode off through the sea of makeshift stables, I shouted, “you are so lucky, you are the luckiest girl in the world, I want to be you.”

But the thing is, I don't want to be her. I don't need to be her. I already have been her. And that's what makes it so alluring. The remembering after all this time. The awakening. The tasting of the past. The almost feeling what it felt like, but not quite, to be 11. As with all endangered stages of growth and states of mind, it doesn't last.

Which is why I've been obsessed lately with trying to capture the unique space in time Esther is occupying in words, before it morphs into something else entirely. Something more complicated, self aware and brooding.

I came upon a description from Annie Dillard in her memoir An American Childhood. If you haven't read this, you should.

I absolutely love this description of children recognizing they're no longer children, not yet adults, and that there's no stopping the trajectory.


“Children ten years old wake up and find themselves here, discover themselves to have been here all along; is this sad? They wake like sleepwalkers in full stride; they wake like people brought back from cardiac arrest or from drowning in media res, surrounded by familiar people and objects, equipped with a hundred skills.


They know the neighborhood, they can read and write English, they are old hands at the commonplace mysteries, and yet they feel themselves to have just stepped off the boat, just converged with their bodies, just flown down from a trance, to lodge in an eerily familiar life already well underway.

I woke in bits, like all children, piecemeal over the years. I discovered myself and the world, and forgot them, and discovered them again. I woke at intervals until, by that September when Father went down the river, the intervals of waking tipped the scales, and I was more often awake than not. I noticed this process of waking, and predicted with terrifying logic that one of these years not far away I would be awake continuously and never slip back, and never be free of myself again.

Consciousness converges with the child as a landing tern touches the outspread feet of its shadow on the sand; precisely, toe hits toe. The tern folds its wings to sit, its shadow dips and spreads over the sand to meet and cup its breast. Like any child, I slid into myself perfectly fitted, as a diver meets her reflection in  a pool. Her fingertips enter the fingertips on the water, her wrists slide up her arms. The diver wraps herself in her reflection wholly, sealing it at the toes, and wears it as she climbs rising from the pool, and ever after. "


See what I mean?

Do you remember this?