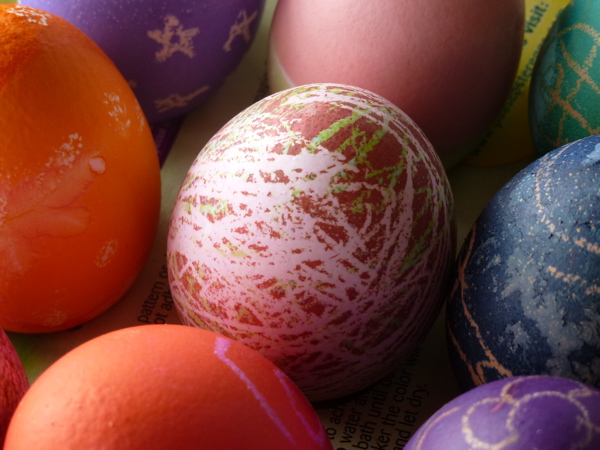 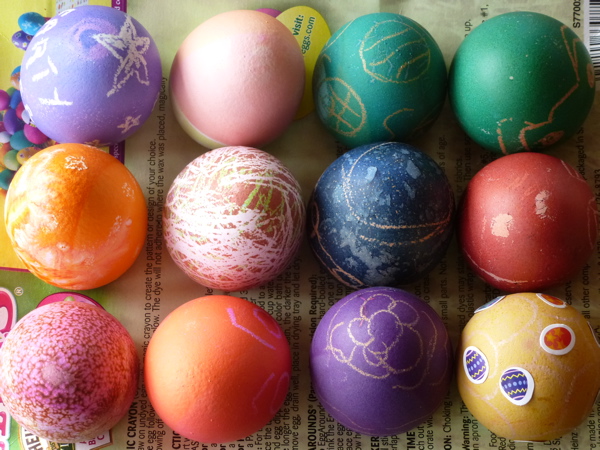 They look far better on film than in real life. 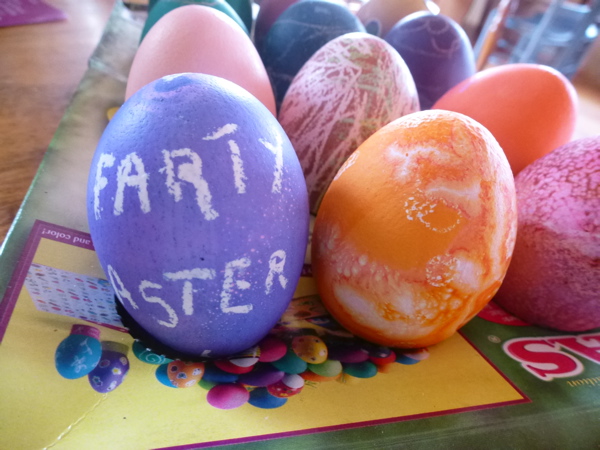 Have I mentioned my extremely irreverent older sister, Nancy? 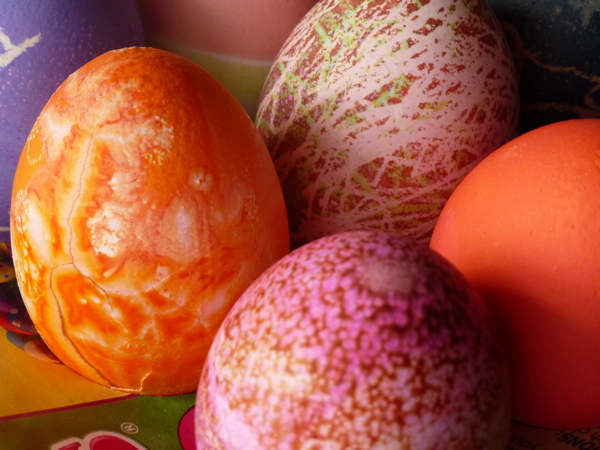 Happy Easter one and all. May your hunting be fruitful. And chocoful.... 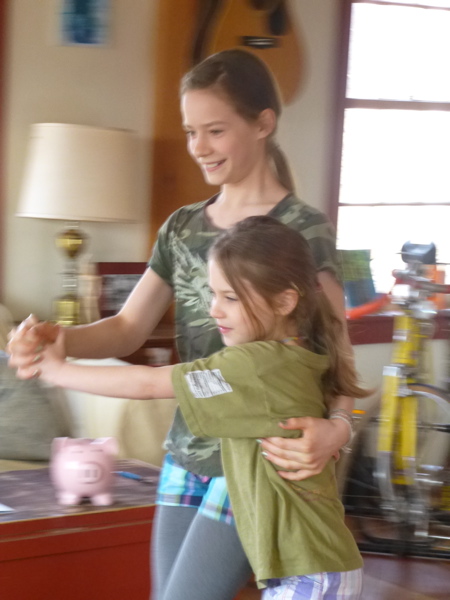 Esther told me last night that she is a true "Sagittarian."

"I like it here, but I always have that feeling that I want to go other places and see other things," she said.

I told her I know "exactly" how she feels. I'm so often plagued by this feeling. I think I'm still in denial that we are no longer in France and have ended up right back where we started from, on this breezy mound in Vermont. My only consolation about being back here, aside from the fact that it's stunningly beautiful, even in the dead of winter when you feel as if you're trapped in a charcoal drawing, black and white and multiple shades of grey wherever you look, is that I'm close to my parents again. That and it's an idyllic, you could say kick ass, place to raise children.

Is that enough of a reason to decide where you let your roots stretch the deepest? It will have to be, because it's all I've got.

Though I've kept up the appearance of being back, and having Ian with us again is an amazing relief, if you were to look closely you might see certain signs of lack of commitment here and there in between the lines.


Our phone, for instance. I bought it a year and a half ago and got a new account and phone number with Vermont Telephone and I still haven't figured out how to use my answering machine nor have I set up a greeting for said answering machine. We've been relying all this time on the automatic voice mail system. When someone calls and we're not here or, more likely don't get to the phone in time because I haven't adjusted the  ring limit,  a strange woman's voice says " The person you are calling, "Betsy Shaw (in my voice), is not available. Leave a message please."

How hard could it be to record a greeting that says
"You have reached the home of Betsy, Ian, Essie and Isla? If you doubt we live here, check out the mess of hockey sticks and skis and poles on the porch. Then venture further and try to open the door fully without it getting stuck on the bumpy carpet of footwear for every occasion and every sport and every kind of weather possible, on the mudroom floor. Then, step into our kitchen where you will see evidence of humans who live a bit like squirrels, casting the shells of our nuts here and there, leaving cereal bowls in front of the fire where we ate breakfast, and the overstuffed compost bucket on the counter that all of us have learned to ignore until the moment a potato peel actually reaches out and grabs our sleeve when we are reaching past it for the olive oil."

Perhaps that's too long of a greeting? 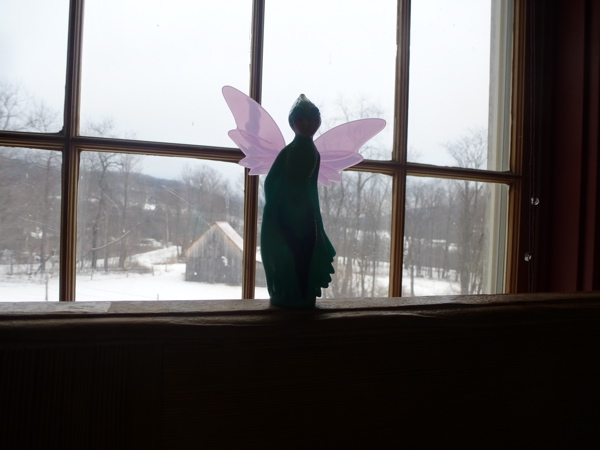 I ran into someone I know the other day and she was telling me about her daughter who teaches at an international school in Germany. All at once I started swooning with envy at the thought of having a stable job that allowed me to bring my children with me to Europe.

But you've already done that, Betsy. You're back now. You chose to come home. Oh, right, yes. I'd almost forgotten. Silly me.

And as much as the kids are badgering me for new dog, preferably, by their standards, a puppy, I  am hesitant, nay petrified, to make that kind of commitment. I'm not sure this ship could handle an anchor that heavy. Next thing you know we'll have two cats in the yard......


Though apparently about love, this song always makes me think of wanderlust. Instead of always having one foot on the ground, I seem to always have my mental bags packed. Just in case I get the urge for going.

But it's good to know at least one of my daughters has her bags packed too . Makes for a quicker getaway. 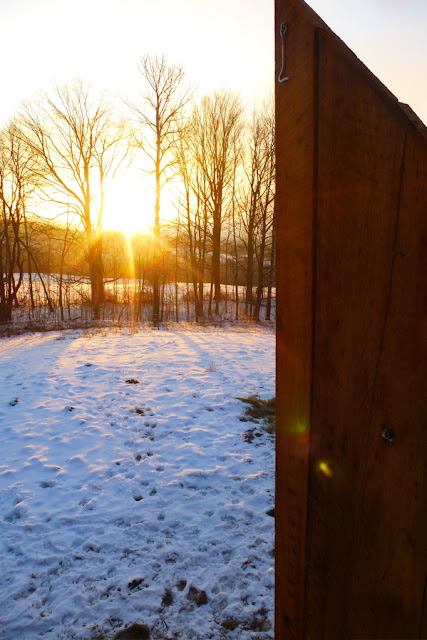 Funny how I claim to love winter, snow and ice. Yet how clear it is that winter also gunks up my receptors and makes it hard for me to see the bright side of anything, let alone life.

But, as ebb and flow works, the ebbing has reached its peak, me thinks, or its valley, and the flow is right there eager to fill in that empty space, to cover up the bare, dry spots, like it should be.

How do I know? Well the March morning sun, and its magnificent habit of adding warmth and hope to everything it touches, told me so. 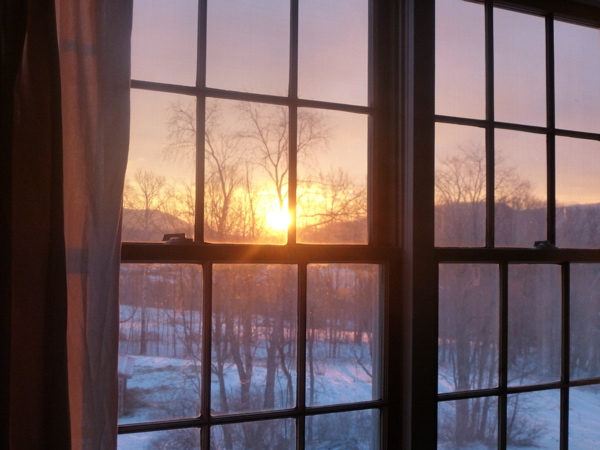 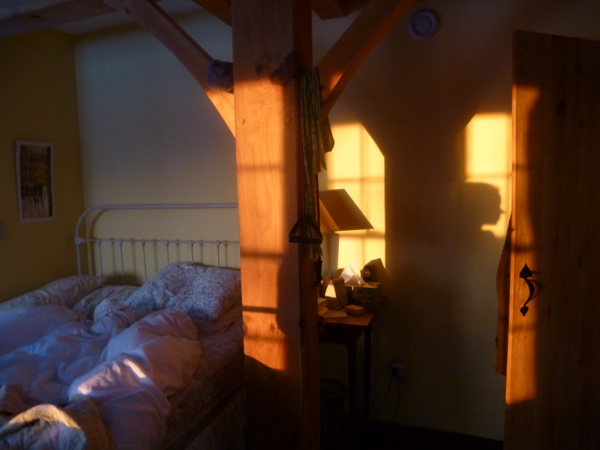 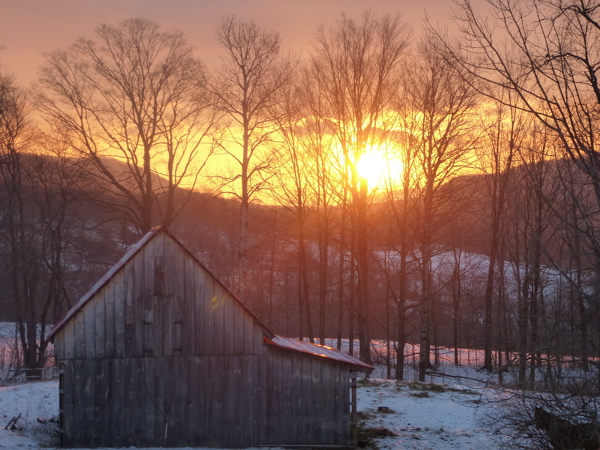 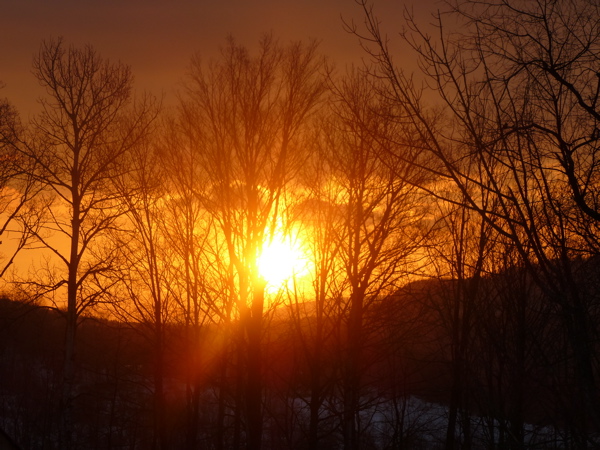 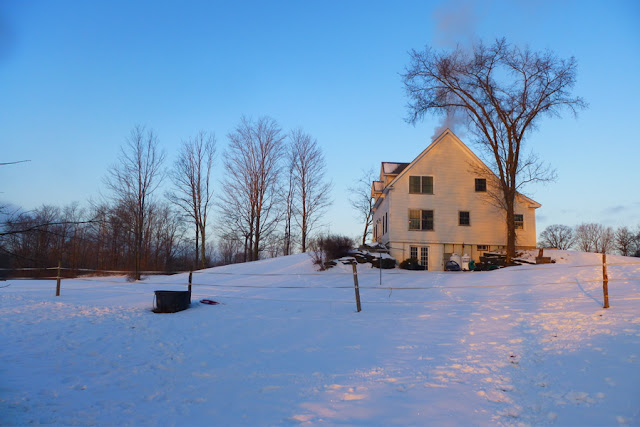 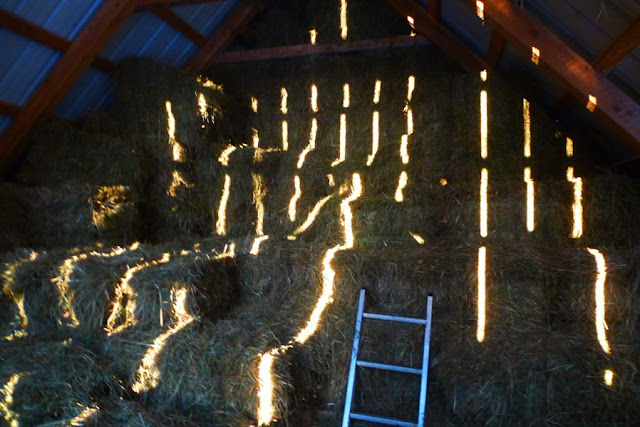 Anyhow, it should be known that today was one of those days where human connection just kept flying at my head at such a dizzying rate there was no point in ducking. I just stood there and took it full in the face, like tilting my head up to the sky and letting raindrops pelt my skin.

One thing after the next, from back- to- back stories on NPR that, thankfully, highlighted all that is good about being human, to a random conversation about the pros and cons of atomic fire balls with the cashier at a local general store, to the grandfatherly-looking man reading the Rutland Herald by the door in McDonalds who sized me up, as I was on my way out with my Paul Newman's organic lattĂ©, then said, "skiing?" and I said, "snowboarding" and he said, "Oh," and I smiled, and he said "Have a good time" and smiled as if we were old friends, but the truth is I'd never seen him before in my life and he just wanted to talk to someone, to connect with someone in a way that you start to think only happens in Mayberry but actually happens everywhere every day in ways so small and fleeting, if you aren't paying attention you might, and often do, miss them.

That man probably wouldn't have spoken to me at all if I hadn't somehow invited him to. And I smiled all the way to my car thinking about how funny life is and how rewarding, how affirming, the tiniest of human exchanges can be.

People can be friendly just as often as they can be awful. If you let them.

I could go on, but I'll stop there.

Somebody is missing Paris 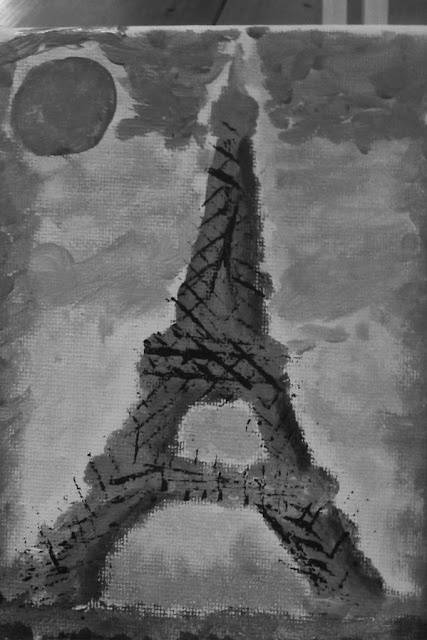 One moment I was okay and the next I just wasn't.

When I say I wasn't okay, I am not referring to being about to keel over and die or anything like that.

I simply mean that life and the stress that goes right along with it, seemed as if it were trying to eat me up, swallow me whole, or at least bully me into submission.

I submitted, alright. Or should I say retreated, like a turtle who pulls his head and legs as far into its shell, the house it wears, like a jacket on its back, can retreat. That is to say, I've been hiding. Hiding from myself. Hiding from my children. Hiding from the world.

Not sure why. Some call it depression. But that is such an unsatisfying explanation for such a complex human reaction. What is it really?

Explaining my absence was not my motivation for writing this post, though. I started this post to show you that one particular young girl in this house, I will not name names, has been pining for a city she has only ever spent about  three or four , or maybe five days of her short life walking around.

She longs for Paris, or at least she longs for her memories of our former life when we could get to Paris on a train, boarded in the darkest of morning hours on the outskirts of a village so quiet and lonely it seemed to ache out loud, in less than two hours.

I miss that too.

And she longs for the feeling she got in Paris, the feeling that life was full of infinite and unexpected beauty, that sources of creativity were lurking around ever corner if you only opened your eyes, nose, ears, and mind to them.

And, mostly, she misses the constant reminder that civilization, and, more important still, artists existed such a great long time before she ever arrived herself, and those artists likely roamed the very same streets and saw the very same perfection and experienced that very same sense of creative inspiration as she, a nine year old girl, experienced. When she was in Paris.

And she's been expressing that longing, with her paint brush. 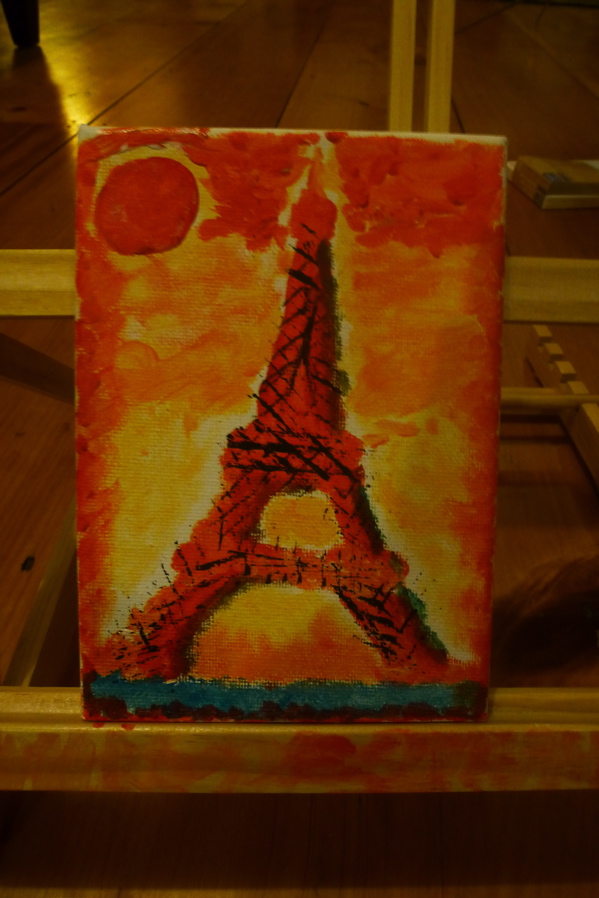