If I'm not a night owl, and I'm no longer a morning person, what does that make me? 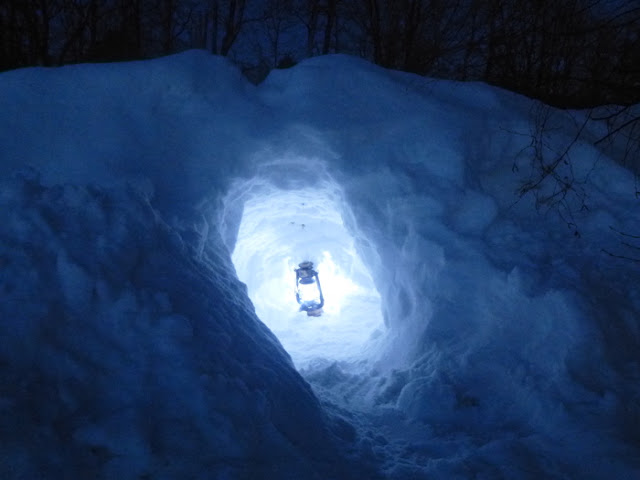 I'm not sure what to make of this, but, despite its auspicious beginnings, January has been a complete non-starter.

The snow was fun while it lasted. I feasted on it, gorged myself, threw myself at it like a shameless hussy and, as you might expect, I woke up one morning and it was gone. No note, nothing. I should have been more aloof.

What I do remember is more nights than not of feeling an irresistible urge to go to bed before nine o'clock simply as a result of waking fatigue. This isn't so strange, since I've never been a night person. But, what's strange is the way I,  normally a morning person,  have been waking each morning with the very real sense that my body has grown roots and those roots have delved deep into the center of the mattress and found purchase there.

The start of each and every day begins with a long and deliberate period of extrication before I can join the ranks of those who exist upright.  Even after the roots have been severed, I sit up then lie back down at least three times before it sticks. Sometimes it only sticks long enough to use the toilet, then, before I realize what I'm doing, I'm pawing my way  back under the blankets, making my way back to the makeshift womb where life is always warm, comfortable and muted. This is where my kids most often find me, curious as to why I'm not downstairs making their breakfast.

I'm not sure what this perceived exhaustion is all about. In January, it seems, simply being awake for 15 hours per day is more than enough upright, coherent time for me, a Hurculean feat worthy of a reward in the form of copious simple carbohydrates-- breads, cookies, Snyder Bavarian style hard pretzels and cheddar cheese, wine every night and, of course, chocolate. Last night on the way to ice hockey practice, I left K-Mart with six boxes of sneeze shield Kleenex and a cinema-sized box of chewy Sweet Tarts.

Seeing as how it's well after nine right now and I've already dozed off twice while trying to compose this blog post, I can see that any meaningful fleshing out of this topic is not going to occur tonight. All I can say is, it's a good thing I didn't make any New Year's resolutions.

But if I were to make a resolution retroactively, one that would guarantee me a certain sense of having achieved success, I would resolve to hibernate, un-apologetically. 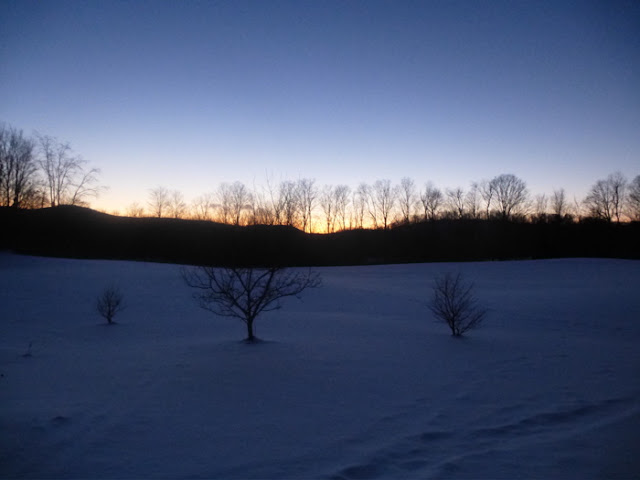 Well, I certainly feel better about how things have been going for me! I have had the *same* problem. I have had the hardest time waking up. I used to be a morning person -- loved mornings! Now mornings and I are not on speaking terms. Now I don't get up until the sun does.

I can go to bed anywhere between 9 & 11 and still have the same difficulty with getting out of bed.

I'm in the grips of some strange insomnia for about 2 months now. At the same time, I'm utterly fatigued! I'm over it! And stupid daylight savings (seems the days are soooo long and DD won't go to sleep and so on).

I really feel for you. Hope you get some get up and go soon.

I too have always been a morning person. I never understood the need for a snooze button and usually got up before the alarm went off. Not sure if it is age (I am 44) or lack of general motivation. Possibly both.
I feel like hibernation is the best use of time in winter, especially when there is no real purpose in going outside. In my younger days I liked winter; skiing, sledding, building snowmen & forts, ice skating, snowshoeing - all that outside stuff. But it mostly required adequate snow and time to really enjoy it. Here in the Northeast snow seems to be a thing of the past so winter becomes a time to enjoy eating and sleeping. Parenthood has crept into the time to enjoy it...getting two kids suited up to go outside takes a LOT of time and energy and usually takes more time than is spent engaging in the outside pursuits!
Thankfully the days are getting longer and maybe I will feel like being awake longer to enjoy them too!

Season Affective Disorder. It sucks...Get a light box and some good exercise. It will pass.

I hear you. I have done nothing this month, but sleep and eat. It seems like I cannot get enough sleep. At least I know that I am not alone.

I used to be a night owl but with my youngest having never really slept well and he is almost 2 it is wearing me down. I just want to sleep for 24 hours straight without a little person waking me.

And this wonderful weather we have gotten this week that makes you curl up in a ball under a warm blanket next to a fire does not help with the motivation to rise.

Use a daylight lamp, it really works. By the way - I enjoyed your suggestion.

I'm working on something like this - unfortunately in German.

Lordy woman! Don't eat so much junk! *smacks them out of your hands* I bet you'd feel better if you ate better. Although I agree with the light box thing. But seriously, the breads and cookies cannot be helping. Although they probably seem to in the moment ;)

I certainly think you should be unapologetic! Every January is like that- after the craziness of December, we all need a "down" month. It doesn't help that January is dark and cold, but really, for me, it's just that I'm tired after December (I'm 43- are you saying it's an age thing too? good to know, I guess, not to expect anything else as I get older).

You shouldn't sweat it- usually in February, my energy level comes back up- I'm sure yours will too.

I too have had an ongoing love affair with my bed and covers lately. I love the mornings, but sometimes can be a night owl. But this January I am asleep normally on the couch by 10:30 and still am sluggish to get out of bed. It is just so warm and comforting and I don't have to deal with much as along as I am in bed. Here is wishing you more snow to play with ******** (snowflakes) We got at least 8 inches in the past 24 hours and it is not supposed to stop until Tuesday!! Gotta love the lake effect. I was truthfully giddy watching it come down today while I was working. I can't wait to go sledding and build forts!

I think we got some of your lake effect over here last night. It's dazzling, not enough of it, but still dazzling. And it's helped to soften the unforgiving ground underfoot for the poor horses to walk on.