Outside there is much fluffy snow 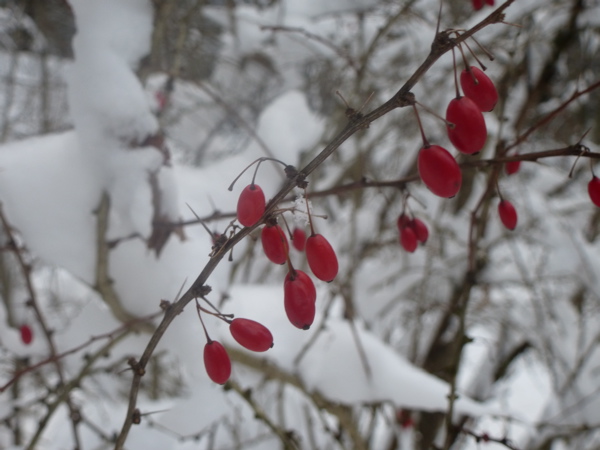 It's falling right now. Has been all day. The garden fence outside my window has been dipped right down to the ground by a drift. All that was unsightly and out of place and unfinished about our yard just a few days ago has vanished underneath a cloak of cold perfection. The trees are no longer bare, dressed in finest white fur right down to their fingertips. 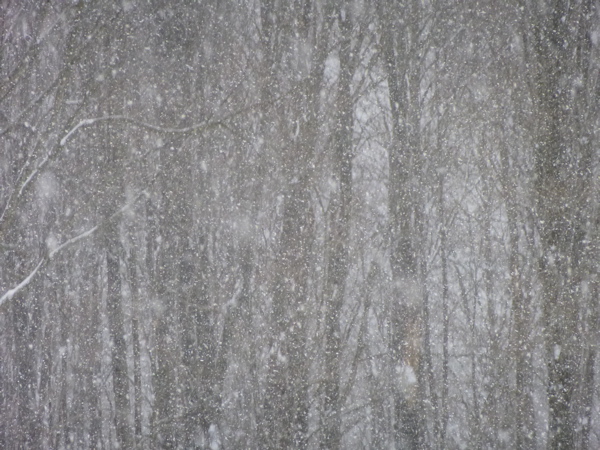 Some flakes are fatter than others. There's just enough room to slide under the fence on the sled if you lie flat. The best part is the quiet the snow brings. The peace. Falling, falling, falling without a sound. And no sound upon landing, except for maybe the tiniest sigh. My movement across it, on cross -country skis is quiet too. 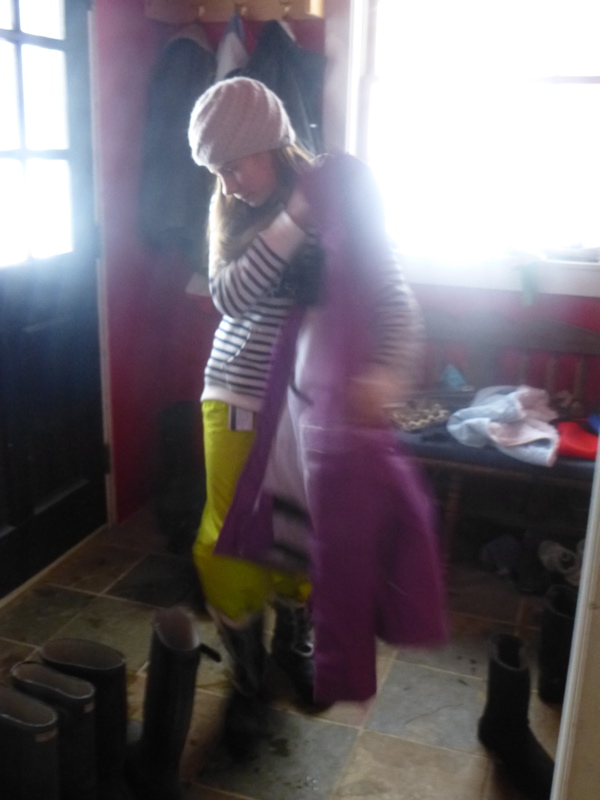 While the sight of it elicits shrieks of joy from all of our throats, I've also noticed a calming effect. I've caught my children lying motionless in their angel prints, or on their sleds, looking up at the sky, saying nothing, for minute after minute. Are they listening for something? 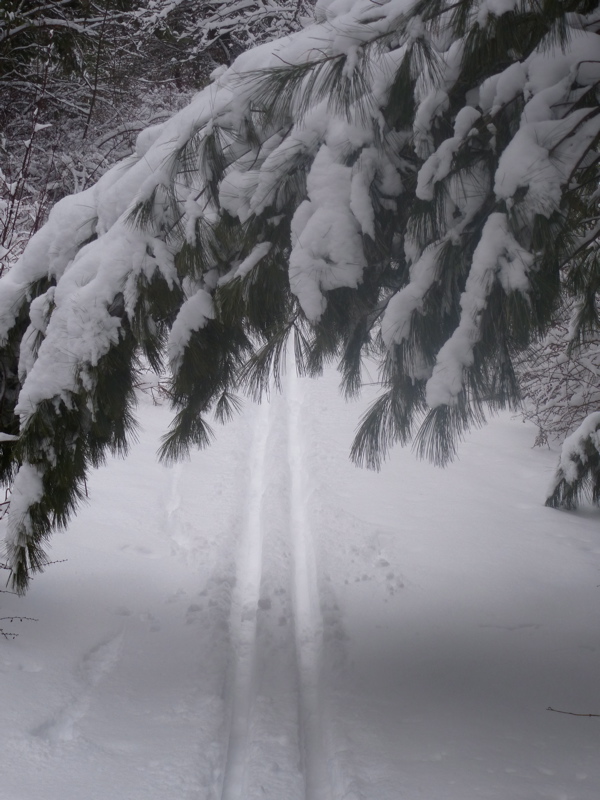 My sister and I limboed under this laden branch yesterday, determined not to disturb the perfection. Then my father came through and, just like the boy he is, whacked the branch with his ski pole and watched it rise before him. 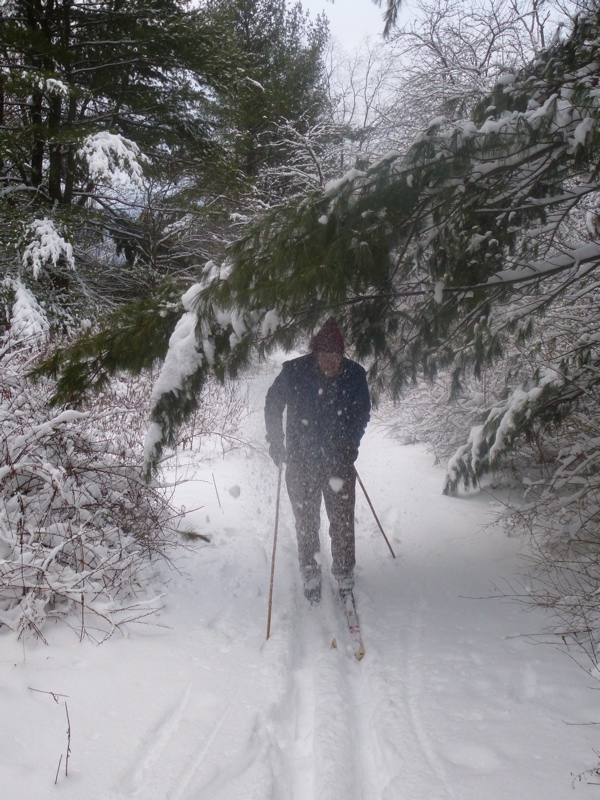 We skied up to his cabin to admire the view. It pained me to see it looking so uninhabited and remember that time changes everything. Everything must change. 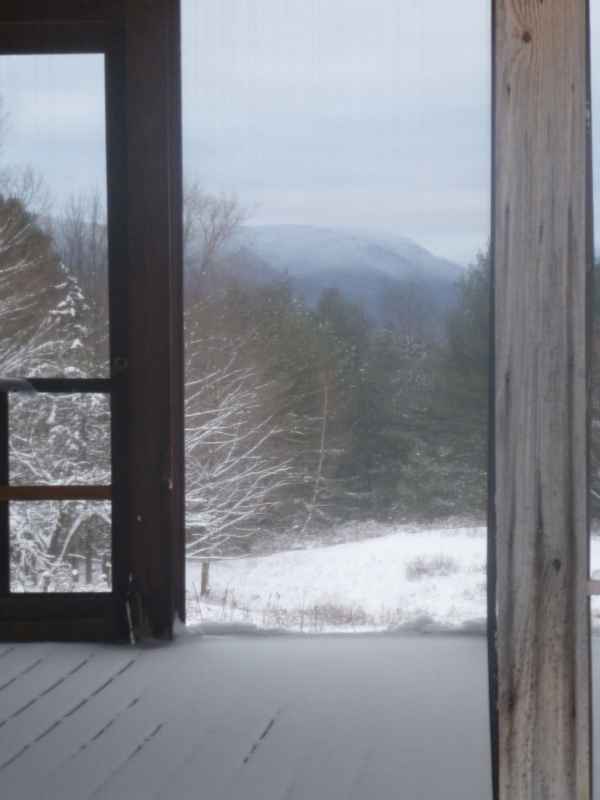 Except for this view, 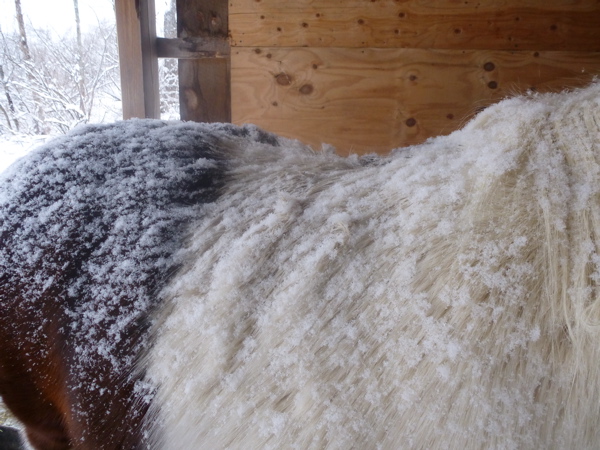 and the reassuring sound of ponies munching sweet feed 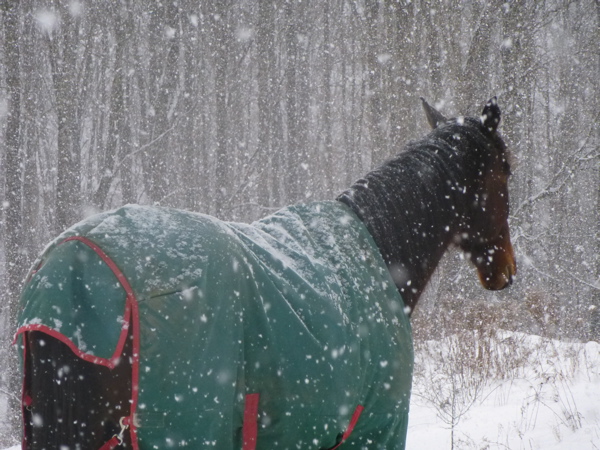 in the middle of a snowstorm. 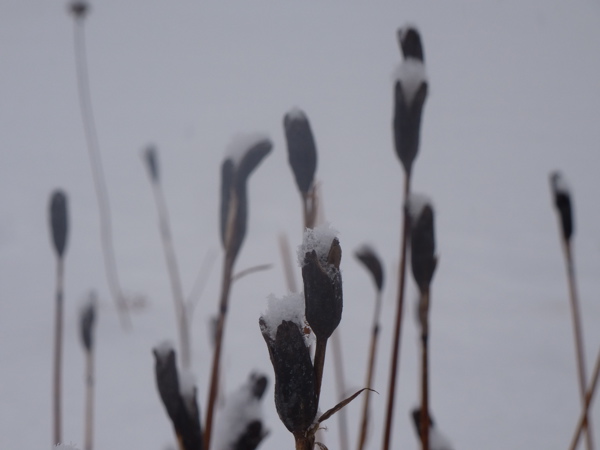 Where the snow never melts...

I crave snow so much it's starting to consume me.
Yet the sky remains stubbornly stingy, spitting out random flakes here and there and carrying the sweet, clean scent of snow just to tease us.
And the temperature is so schizophrenic-- it's cold, no it's warm, hell it's 50 degrees in the sun.
I've said it before, but the entire East Coast feels constipated and I'm suffering vicariously right along with it. It's also sort of comparable to that trapped feeling I got when I was hugely pregnant and five days past my due date with Esther. You go into this waiting place where it feels as if nothing will ever change.

Then there's the added pressure from  my children, taught to love and worship snow as if it were a holy savior, who badger me every single morning:

"Why won't it snow? We're never going to get any snow. I thought you said it was going to snow? You lied. That stupid weatherman doesn't know anything."

I feel their pain. It is a physical pain. And I share their longing. And it feels so stupid to be putting this much energy into something that is totally and completely out of our control. It feels stupid because it is stupid. But I have this unshakeable memory of winters spent under a pillowy blanket of white snow. When I wasn't burrowing under it, or wallowing in it, or gliding across it, or ingesting it, hurling it, or shaping it into figures, or lying in it with my face to the sky, watching it drift, from an infinite source, or staring out the window and marveling at its perfection.

And I've been whining lately that if this is truly it, if global warming really will spell the end of winter on this earth, I want to relocate myself to wherever it is on the globe where the last mound of snow melts. Call me selfish, or irreverent to a real crisis, but if the world is going to end, as some say it might tomorrow, I want to be surrounded by my sweetest memories of it.

I will take it as a sign of good things to come that the Wikimedia photo of the day, today, Dec. 20th, my birthday coincidentally, is this shot of a Norwegian freight train: 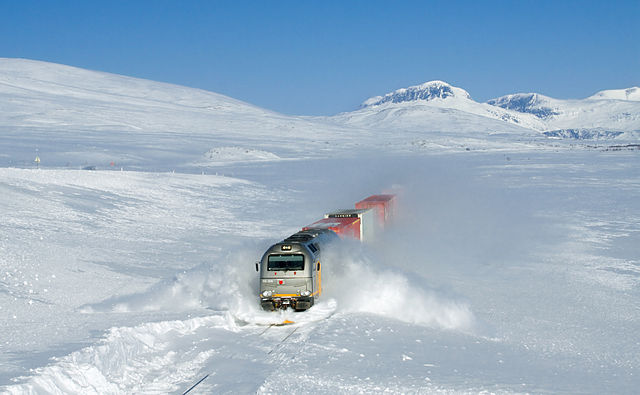 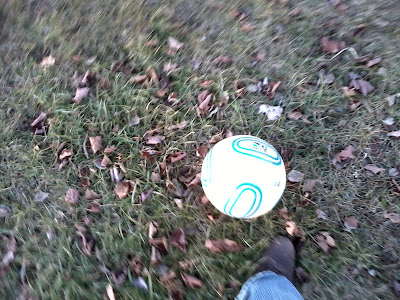 My Nikon Coolpix is officially deceased.

It's possible it could have been saved, but I chose not to resuscitate.

I'm looking at it right now. Face down and lifeless on the kitchen table.

I'm afraid I can't muster up too much sympathy for the thing. I never liked that camera.
Ian bought me this LG cell phone that takes pictures. I feel like a grownup now, being able to snap away with my phone. Now if only I could figure out how to e-mail them...

It's as primitive as it gets, I'm afraid. But some of the shots I've taken so far are kind of interesting. 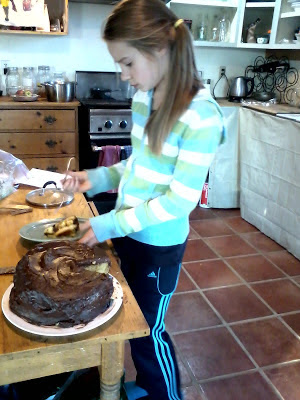 Esther's second birthday cake of the week. It was a near failure, but I successfully resuscitated it, gave it a pep talk about not identifying too deeply with it's aesthetic failings, and concentrating on the fact that it was beautiful on the inside. 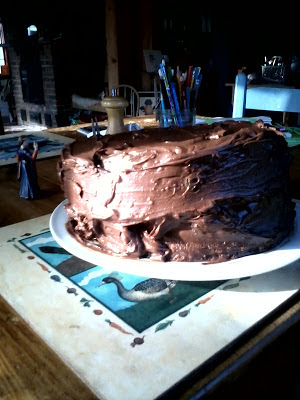 Not to mention fairly delicious. Thanks Martha Stewart. This recipe is the closest I can find. Seems she's discontinued the actual recipe we used. Yellow cake with lemon curd filling and chocolate frosting.... 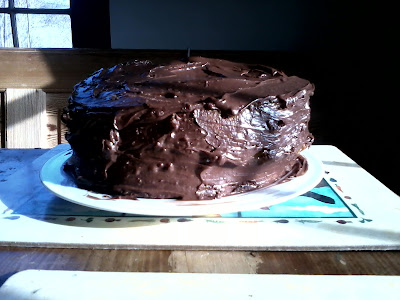 Not too shabby in the right light. 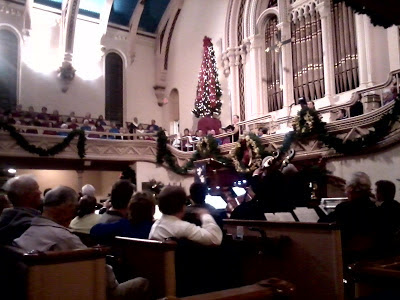 We went to a performance of the Messiah. Isla took pictures when she got bored, which was about fifteen minutes in. 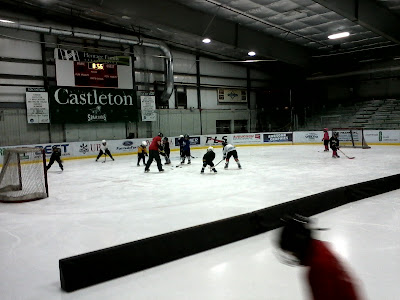 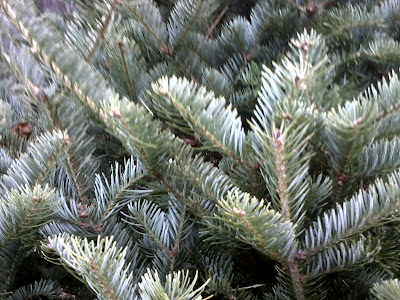 Can you smell it? One of my all-time favorite smells is balsam. I am a Christmas tree sniffer from way back. It drives Ian crazy when I judge trees by their smell. 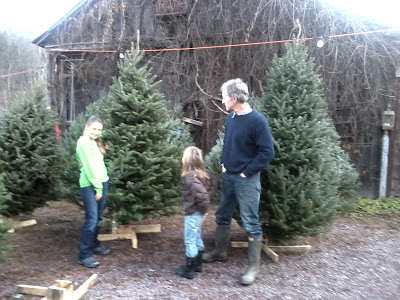 Pick this one, Daddy. 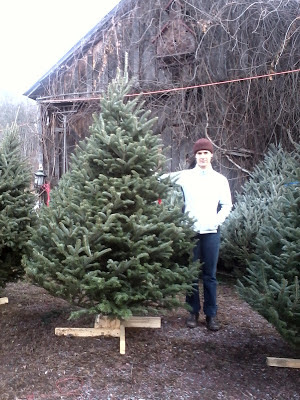 Yup, this one smells like the right one. This camera doesn't like me in white. And where is my hair? 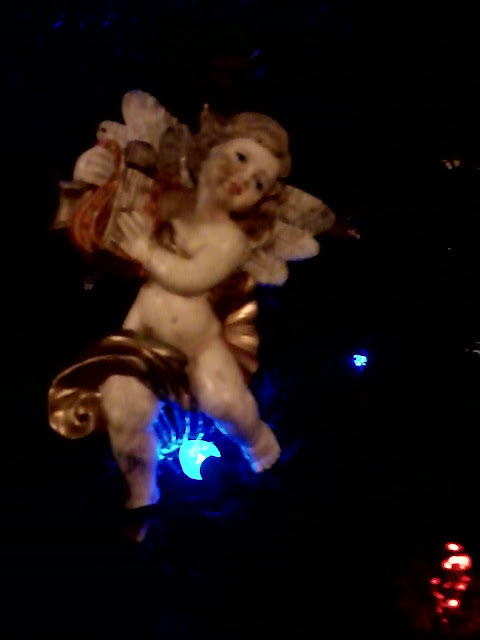 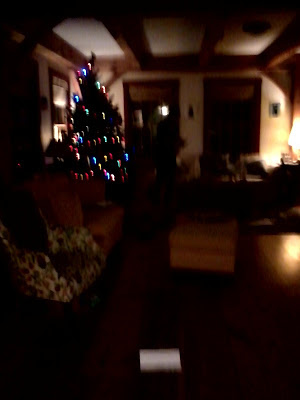 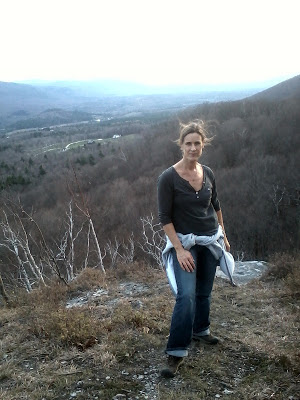 On a winter hike with my sister. Swear that camera puts 15 pounds on me...(: 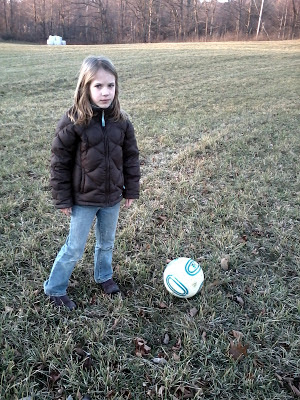 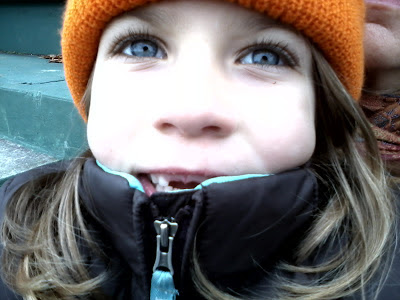 All I want for Christmas is my two front teeth......
Who needs teeth when you've got those eyes?

There. I've successfully blogged about nothing.

The real world feels kind of sad and disturbing right now. I feel bad, heartbroken, for those parents whose kids never came back from school today.

Putting together this post was the only thing I could think of to get me away from the news updates. I'm tired of news updates.