What she looks forward to the most

A friend of mind asked Esther what she looked forward to the most about Ian coming home.
Her answer was unexpected.

"I look forward to my mom not being so stressed."

For a split second, when my friend related this to me, I felt ashamed. Ashamed that my stress was the first thing on my ten-year-old daughter's mind.

Then, like the sun coming out from behind a menacing cloud, I saw the beauty lurking within that loaded statement. The beauty and the simplicity.

And the fact that she was thinking of how this homecoming will benefit me, thus benefiting her in the very best of ways-- happy mom, happy child-- just makes me want to shout Hallelujah! from the rooftop. 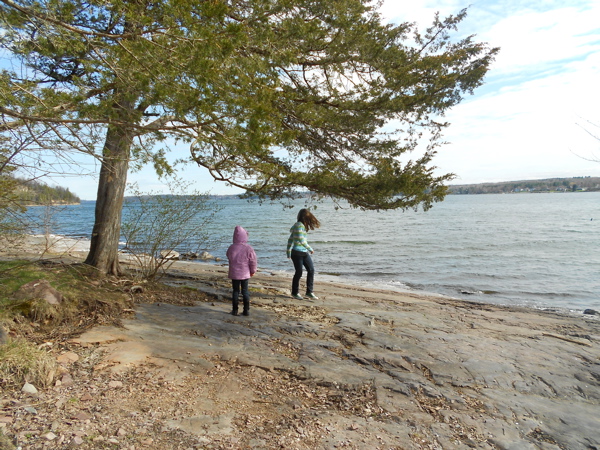 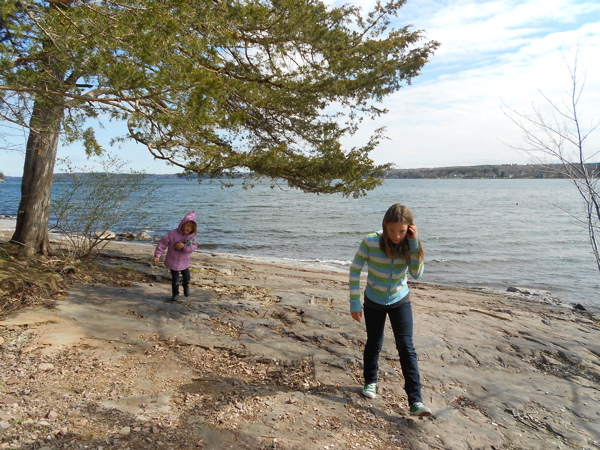 He's got a plane ticket, London to Boston, for May 9th. 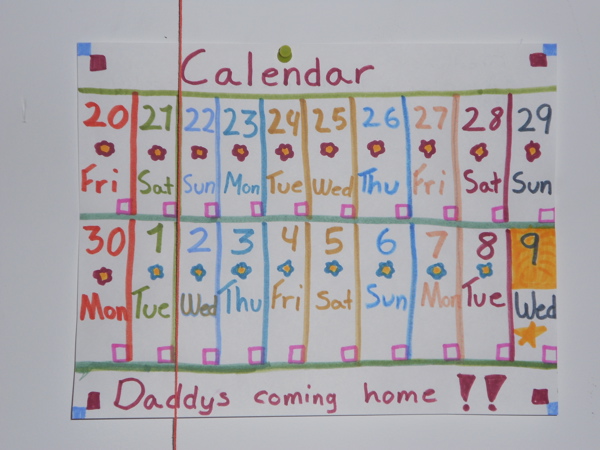 Both Esther and Isla were born on a Wednesday. 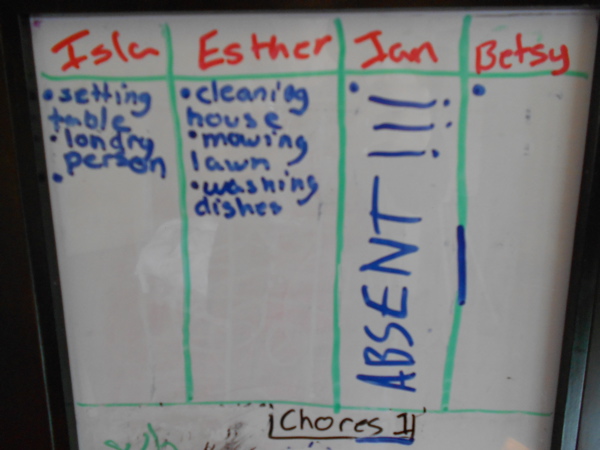 We're excited. I'm tired. I hate to say that. I've felt flat and lifeless for the past two weeks.
Apathy. Ennui. Malaise. Lethargy. You name it. I feel it. Perhaps I'm letting my guard down too soon.  When you are running a marathon and you realize you've passed the 25th mile, I'm willing to bet that last 1.whatever mile is excrutiating. Not that I've ever run further than 10 miles at one time and that was only once.

Or it might have something to do with the fact that we've had two back-to-back spring breaks. Did I mention our teachers went on strike, for six days, the week before Spring Break started?

Or I might be a little sick. My body feels like it's fighting something. Anyway, that isn't what I meant to write about. I'm only writing to say, dear readers, this is really happening. My husband, the father of my children, Daddy of all time, object of our affection, focus of our devout adoration, that man who has been so desperately, so fiercely, so achingly missed, is coming home.

Oh my goodness. Sorry to leave you, unintentionally, hanging.

Ian called sometime yesterday afternoon, just home after a long day in Paris. The process took three hours, most of that waiting in the embassy waiting room for his number to be called. Long story short, he's been "approved."

What they call an "interview" consisted of standing at a counter, just like you do at the Department of Motor Vehicles, and answering questions. Talking through a hole in plexiglass. This means Ian, I'm sure, said, "I'm sorry?" a lot because he doesn't hear all that well. Too much ear-plug -free nail gun use.

He did hear the interviewer ask him the one classic Green Card question, and that was...
"When is your wife's birthday?" He miraculously came up with that date then the woman had the, I don't know, lack of imagination, to ask him "What did you give her for her last birthday?"

I'm afraid I laughed out loud when he told me this because if there is anything Ian and I don't do in any sort of traditional, consistent, or over the top manner, it is birthdays. What usually happens is I treat myself to something, usually clothing, and tell him it is his gift to me.

"See what you got me for my birthday?" I say, spinning round and round in my new green wool overcoat from Mark's and Spencer. Or kicking up my heels in yet another pair of boots or clogs I don't really need.

So Ian's answer to the interviewer was just that, "I don't remember exactly, because she probably bought it for herself."

Now he's waiting what is meant to be "seven to ten days" for them to send him his passport with the visa stamped inside of it. Once he has that in his possession, he is free to board a plane bound for the United States.

No plane ticket yet, that I know of, but we're sort of incommunicado since we've skipped town and headed to Burlington to watch a Women's Hockey World Championship Game.

We saw Switzerland beat Russia this afternoon and seeing how excited Esther was to see all those powerful women out on that ice was balm for my chapped soul. Now we're in a hotel with a pool, my parents are with me, and we're going to the state capital tomorrow so Esther can attend the award ceremony for the state-wide poster contest she placed in. Her poster won second place. Clever girl.

Funny thing, perhaps this is textbook, but after all this, neither Ian nor I felt overly elated at the news that he could come home. Shock? Distrust? Bureaucracy fatigue? PTSD? I don't know. But both of us admit to feeling kind of empty, tired, drained of any and all energy or capacity for emotional reaction at this point.

I assure you once we are back in each other's midst, in the flesh, not just voices over a wire, or faces on a screen, and I and Ian's girls are securely in his arms, the source will  renew itself. The flood gates will open. I'm sure of it. And I'm looking forward to the cathartic release. This stoicism shit is getting old.

But until that day, I'm not sure if I will feel anything but apprehension.Yeah. And the last vestiges of lingering, festering, anger.

So.... Ian is coming home. Still don't know when. I would type "Hurray" but that feels fake. Bear with me here. This is really quite strange.

He'll be on the train to Paris soon

Today Esther tried to call Ian and tell him we won a free car. We hadn't actually won anything, but as much as I tried to explain the scratch ticket/flyer in our mailbox, which she scratched and got three diagonal stars, was a hoax, a trick to get people into the dealership, she wouldn't believe me.

Daddy will need a car when he gets home.

Ian didn't answer the phone in France, as he often doesn't, but, unlike how it usually happens, he didn't call back. After several hours, I had a moment of panic in the kitchen. While standing at the sink, I let myself imagine how much it would suck, how insanely angry I would be, if something happened to him, like, say, he died, while he was away from us. I took that fantasy far enough in my mind to get teary eyed. Pure, self-indulgent, macabre fantasy.

Waiting for someone you love to call you, when they are far away, is not my idea of a good time. It's not good for those who are born with a weak heart.

Now I might have an inkling of how my mother felt when I was off at college, or galivanting around Europe, not bothering to call home unless I needed money or I had just won some.

Anyway, the phone rang in the midst of my melodramatic reverie. I saw Ian's name flash across the screen. I heard his voice and my whole body relaxed.

"You better not be," I said. "Because that would really, really stink. And we are counting on you coming home soon."

His final interview, as some of you know, is tomorrow.  The interview, at the U.S. Embassy in Paris, is the final step on this crazy stairmaster from hell trip we've been on. It's a formality. After that, barring any unforseen, unlikely, circumstances, he gets an immigrant visa that will allow him entry into the United States.

He got his haircut over the weekend so he won't look like some crazy big-haired dude, or Kramer from Seinfeld, when he goes to the embassy.

"Your wife will be very 'appy," the French hairdresser said to him after she had lopped off his beginnings of a bouffant.

At this point, I would just be happy to have that head in my hands, so I can look him in the eye and tell him he is never leaving my, our, side ever, ever again.

We're so lucky to live here 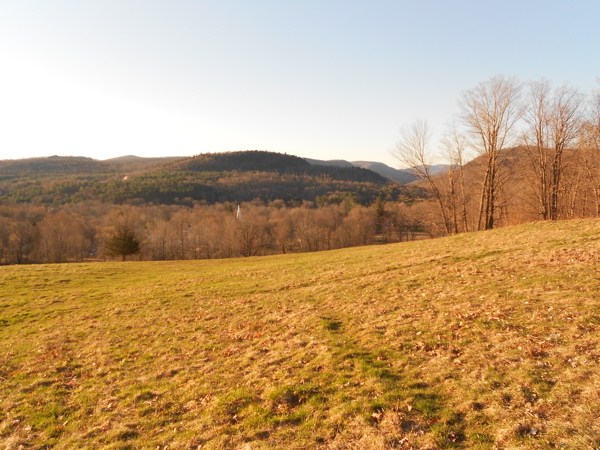 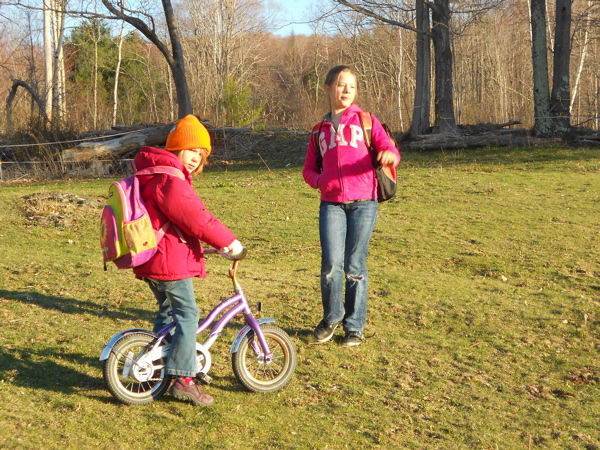 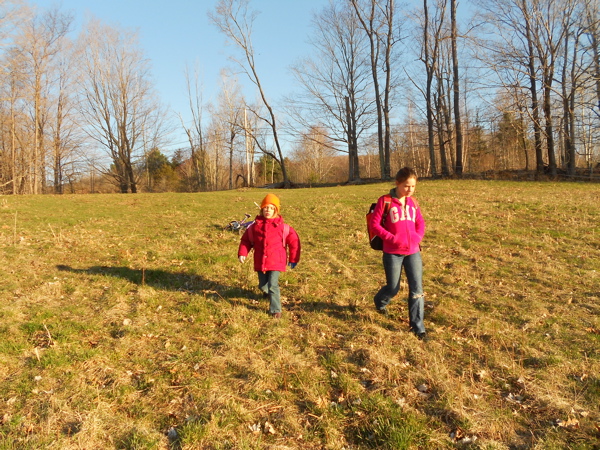 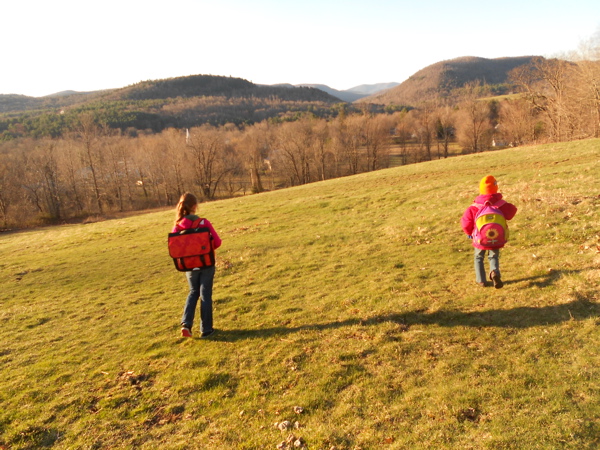 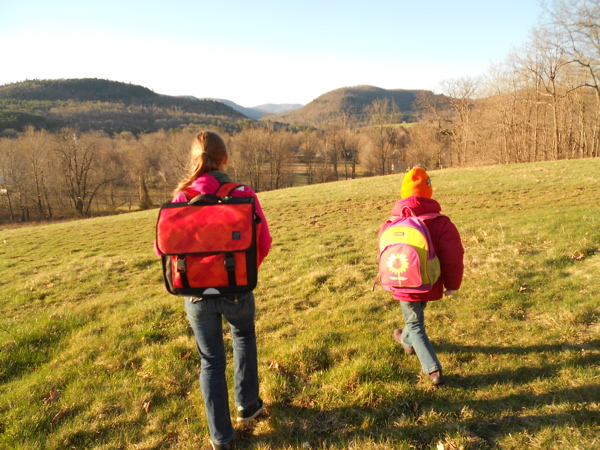 Sometimes the earth turns at just the right speed for all of us and an idea is hatched and everyone agrees and gravity coalesces and we discover there is life, good life, not to mention gratitude, beyond all the negotiating--well most of it--and second guessing and hemming and hawing and excuse making and blah blah blah-ing.