I hate my blog 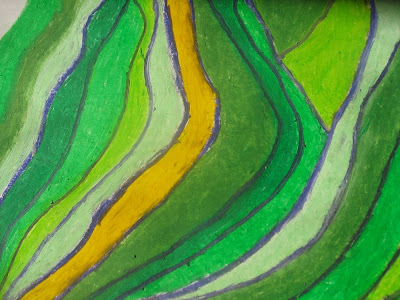 Anyone know how to design your own look on Blogger? Is it possible?

I hate these templates and can't even figure out how to size a banner correctly. (Thanks, Emily, wherever you are.) This is no great surprise, I am the world's most reluctant reader of directions. I don't want to know how it works, I just want it to work.

I have some great original artwork done by our in-house graphic designer, Esther, which I would love to use to freshen up my look, but my in-house tech dude, Ian, is usually out of the house (out-house?) and won't return my calls.

What's a non-tech savvy woman to do? Please don't tell me to read an html manual. I would rather be attacked by weasels.

Any tips. Suggestions. Words of wisdom. Throw me a bone, anybody.
Posted by Betsy at 12:09 PM 12 comments:

Email ThisBlogThis!Share to TwitterShare to FacebookShare to Pinterest
Labels: blog design for dummies, clueless blogger, I want a cool blog 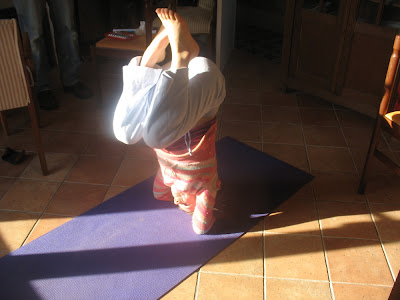 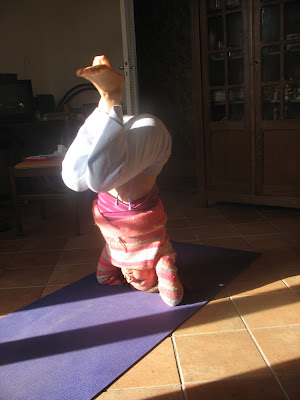 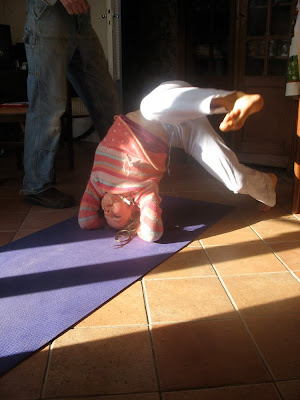 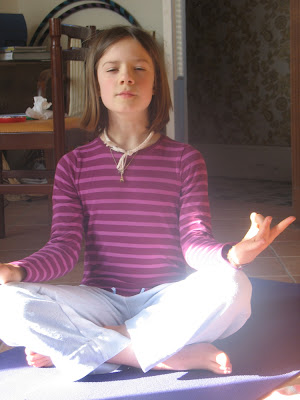 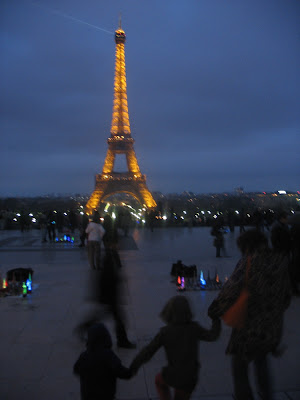 In just two hours, you're at the top, waiting another hour to come back down again. Could this be where they invented the term "tourist trap?"

Never do I fancy myself less an earth mother than during school vacations. We're on week two of yet another two-week school holiday here in France.

I made it through the first week with minimal growling and limited television. We breezed in and out of Paris in less than 24 hours to meet up with some friends who were visiting from Vermont, which really means we went to Paris to make a maple syrup pick up.

Isla spent the majority of our limited time there in a closet of the apartment somewhere on the left bank with her little friend Ilsa. When she wasn't in the closet, she was busy spotting and picking every wayward dandelion or miniature daisy in the entire city. There is nothing like trying to move through the a major city, from point A to point B, with a four-year-old who loves flowers.

It's hard to get angry with her when she makes such amazing miniature bouquets and presents them to you with a "Maman tien. Ca c'est pour toi. Les jolies fleurs."

The next day Esther did a one-day equestrian camp, or stage, as they call it in French. She spent the entire day at her riding stable, learning all the parts of the horse and all the equipment and rules of etiquette as well as taking a skills test to see if she could graduate into the next level. (Galop I)

The weekend was a blur of jockeying with Ian to get time alone with our computers and losing, then finding Isla, three different times, over at the neighbor's house. The trampoline, the swing set, not to mention the always-full fruit bowl in Gail's kitchen calls to her daily.

Sometimes you just have to accept that even if you don't sit down once all day, it's still very possible you aren't accomplishing a single, tangible thing.

Today, the girls were watching CBeebies at 7, that's 7 a.m, and they are now watching an after-lunch showing of Garfield while nibbling on Mars bars.

I catalog this not because I think it is interesting, but just in case any of you thought that living in France might turn me and my children into some sort of wholesome, intellectual, gourmet, French verb-conjugating, violin -practicing kind of family.

So far, aside from this second language my children are effortlessly acquiring, while my tongue remains stubborn and uncoordinated, we are the same smelly, sometimes bored, sometimes wildly inspired, always- complaining- about -something family.

I will leave you with a telling quote from Esther, written and illustrated with a picture of a little girl wearing a tiara, on a torn piece of paper following a fight with her little sister. (I would post it but my digital camera is on the fritz.):

"Still complaining when you have everything."

More numbmumblings over here.
Posted by Betsy at 1:24 AM 9 comments: