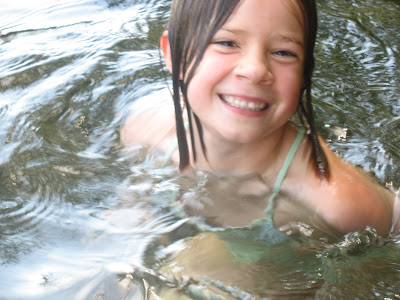 What to think? What to say?
"The big wheel keeps on turning. On a simple line, day by day. The earth spins on its axis, one man struggles, while another relaxes."

This Massive Attack song just came to mind for some strange and random reason. Though, actually not so random, seeing as how I was brought to tears the other day by a picture in the New York Times depicting dozens of New Orleans residents, all black, nervously lining up to buy bus tickets out of the city before Hurricane Gustav hit. Also it is the 7th anniversary of 9/11. Massive Attack indeed.

It still feels a bit like a dream. I live in such a benign, Caucasian bubble here in the rural Northeast. Nothing really happens here. Hurricanes have turned into pesky rainstorms by the time they reach us, if they ever do. The last time we had an earthquake I missed it simply because I convinced myself it was our washing machine on spin that was causing the pots and pans to clatter so.

Avalanches? Hardly. The mountains aren't steep enough. Okay, there have been a few in Northern Vermont, but not the kind that wipe out villages and bury dozens of people. Tornadoes? Not that I know of. Volcanoes? Nope.

We did have a genuine burgulary in the neighborhood last week. This is so rare, most people leave their keys in the car and their homes unlocked, and, if you're me, even leave their purses in the car overnight. I know, I know. Stupid.

Except, my thinking is: The only truly violent crimes to occur around here, the kind that start with robbery and end in rape and murder, have been the result of some punk kid trying to break into a house to find the car keys or steal some money and the house's inhabitants have tragically tried to stop him.

Why on earth am I talking about this? It's a gorgeous September day. Much like it was seven years ago when, eight-months pregnant with Esther, I listened incredulously to NPR's coverage of the Twin Towers falling from the sky, another plane crashing into a field and yet another ramming into the Pentagon.

I sat at work, in front of my computer, unable to think of anything but what an irresponsible fool I was to bring life into this seemingly insane, sad world. I could think of nothing else. The scope of devastation was too vast to digest. I could only turn my intense sorrow inward and focus on the life inside of me and worry about what sort of world that life was going to encounter.

Now that life is here: six-years old, warm, brown-eyed and beautiful. Talking a blue, giggly streak about nothing and everything all at once; swooning from the infinite curious wonders of this world.

And I am stunned and humbled by the resilience of humankind.

New Momformation posts here and here for those of you looking to waste more time.
Posted by Betsy at 11:32 AM 7 comments: